A Sky poll has revealed 98% of people who voted to remain in the EU are stockpiling in preparation for a no-deal departure. In contrast, the morons who voted to leave are sleepwalking blindly to the cliff edge abyss of a chaotic, catastrophic, cataclysmic, no-meal Brexit, says the impartial establishment.

In Cornwall, Hysteria Panic-Attack and her family have been buying extra food and supplies since last summer to make sure she is prepared. She tells Sky News why she is doing it.

“A no-deal Brexit will result in a complete end of access to a whole range of products and services, some, maybe for a short time, but most will be gone forever. As a parent, I make no apology for protecting my children from the stupidity of the bovine leave-voting saboteurs who voted to abandon our precious nirvana on Earth.

When we realised that Brexit was to happen we were fucking outraged. When we realised that a no-deal scenario was not only possible but likely we knew we were seeing the beginning of World War Three. The first thing we did was some light research and everywhere we looked all we could see was the rise of the far right. After seeing just the tip of the iceberg, and only in layman's terms, we decided that Brexit was, literally, Hitler.

The realisation that the neo-Nazis of the hard right were mobilising became clearer in the autumn of 2017. At the time my husband and I had already been discussing the ramifications of Brexit. We knew that we needed to fight back and organise a resistance, to which end we decided make some small preparations as a family. We moved house last summer, away from the city to a small gated compound where we could stockpile food and ammunition against the deprivations to come.

Realising that almost everything we regarded as essentials would become luxury goods after Brexit we started hoarding common household medicines, toiletries (because so many of us have sensitive skin and require special types of shampoo and shower gel) cigarettes and alcohol to use as currency in the coming black market. French wine, for one, will be worth its weight in gold come the summer. And Prosecco; in fact we have dug and stocked a 100 cubic metre cellar from floor to ceiling with the precious stuff.

We installed solar panels, a methane digester and reverse osmosis water purifier because we know that after Brexit there will be no more electricity or clean water. And we decided to become completely self-sufficient, like Tom and Barbara in The Good Life, which is especially auspicious because our next-door neighbours are called Jeremy and Margaret, which is close enough. We have also begun digging the foundations of our machine gun emplacement.

Because, as time went on and no-deal Brexit became more and more of a possibility and we learnt more and more about the real life implications, we realised that we would need to defend our compound against marauding hordes of filthy Brexiteers who, we knew, would turn into ravenous zombies instantly on the 30th March 2019. We have dug several ditches lined with sharpened and poisoned spikes and laid trip wires everywhere. Come Brexit Day nobody will be able to enter or leave our community of brave freedom fighters without risking death or horrible injury. 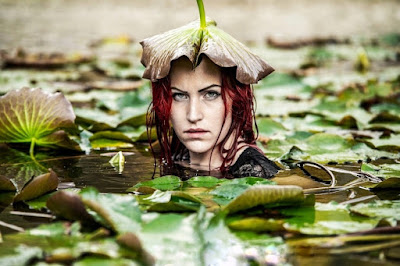 We will be ready when they come...

People routinely spend money on home insurance they hope never to have to use, but they have it for peace of mind, to protect themselves and their families just in case. Our preparations for a no-deal Brexit are no different. We have taught our children how to dead-rope a zombie, catch and skin and butcher wild animals for clothes and food and to shun as a deadly enemy anybody they suspect may have the slightest sympathy with leavers. It is what any sane, rational survivor would do."
Posted by Batsby at 06:49

Email ThisBlogThis!Share to TwitterShare to FacebookShare to Pinterest
Labels: Preppers for Brexit, Stockpiling for Brexit