Because she is black?

The pomp, the pageantry, the pontification from the pulpit! But most of all the punditry, by all and sundry of the significance of the royal wedding on Saturday. Given the manner of the demise of the groom’s mother you would imagine that the oh-so-well-tuned sensitivities of the self-appointed kinder, gentler spokespersons for society might have curbed some of the more outlandish claims for the Duchess of Sussex’s future role.

The Telegraph reports that she will fight for feminism. You do know, Telegraph, that it is the British royal family she has married into? Apart from the not insignificant fact that it has often been headed up by a woman it is practically the epitome of the sort of patriarchal system that feminism deplores. But it doesn’t stop there; if the blanket coverage across every platform told me anything it told me that a world of expectations lies on the young lady’s shoulders, not least that she is now to be the focus and figurehead for the race industry.

Unless you had been told, repeatedly, you would not realise that Meghan is ‘black’. I beg your pardon; she’s black? Without that information you might imagine she was of Italian extraction, or Spanish perhaps; there are darker skinned products of the sunbed culture in the Anglo-Saxon gene pools of our former working classes. But like the tale of the emperor’s new clothes we are being trained to see what we are told we must see; get used to it - latte is the new black... at least until the gloss wears off and we get back to reality.

But for now at least we are awash with the news that a ‘person of colour’ has broken down, infiltrated, multiculturalised [insert hyperbole of preference here] one of the last bastions of privilege and exclusivity that exist outside of EU politics and the Bilderbergers. Until she falls out of favour – for as sure as eggs is eggs she will – she will be lauded as an ambassador for every minority cause the grievance bandwagons can deliver. While most of us accept the match for what it is – just two people doing what millions of others before them have done – certain factions on the left are applauding this as a great victory for... for what, exactly?

Why is the left so obsessed with race? The British have traditionally taken people at face value and cultural markers have only been an issue when say, every stabber in London happens to be of Somalian origin, or pretty much every swept-under-the-carpet rape-gang exposé happens to centre around rapists of an identifiably Pakistani persuasion. And even then the colour of their skin is not the focus of prejudice, rather it is a handy marker of shared identity – the prejudice is in their actions, not ours. 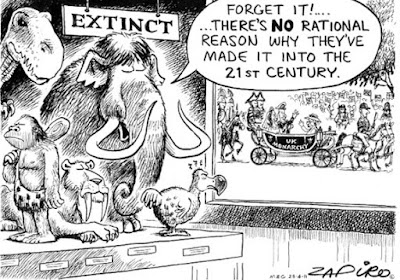 The Firm is indefatigable...

The 'black duchess’ is identity politics writ large and it is at the heart of all that is wrong with Labour and the left. They accuse others of creating division but what could be more divisive than to perpetually plead the special causes of each of the segments of an ever more finely divided society. Rather than allow herself to be co-opted into the causes of the eternally aggrieved I hope Meghan assimilates seamlessly into the family she has joined and becomes a true royal. Let her stand up for everybody and let her rub the left’s nose in anything but diversity.