The newsreader dropped an octave and in a husky voice, on the point of breaking and punctuated by dry sobs, she intoned the news. “It is twenty-four hours now since Jasmine, the nation’s sweetheart, went missing. A candle-lit vigil was hastily convened last night after she didn’t respond to the usual entreaty, ‘puss puss puss’ to come in for her supper. By this morning, some three thousand tea lights were being watched over by a crowd which overwhelmed Trafalgar Square and the steps of the National Gallery were adorned with flowers and tributes from well-wishers.”*

She paused a moment, bowed her head and clasped her hands together as if to offer a silent prayer. A single tear slid down one cheek, captured in close-up and broadcast to the millions who were simultaneously planning how they would mark their loss. The regular public sharia beatings, the gassing of protesters and the jailing of free speech advocates went unreported save for the coded columns in subversive, minor, former news publications such as the underground Mail and Express pamphlets, secretively distributed and often only passed on by word of mouth among trusted friends.

When did we become such a nation of crybabies and religious appeasers? In the last week we have seen wall-to-wall wailing over the losses in the Grenfell fire and the Manchester Arena bombing, yet the fifth anniversary of Lee Rigby’s brutal murder has been treated gingerly, so as not to cause offence. The BBC in one news item even referred to the Manchester Arena event as ‘an accident’. And in recent weeks there has been a push for increased legal powers to police ‘hate speech’ and criticism of islam. Blasphemy laws, in secular Britain?

And yesterday, of course, Tommy Robinson was sent to prison where, no doubt his life will be under threat, for a breach of the peace. It appears he has breached the terms of his licence, but he was simply doing what he is cheered on by many of us for doing and highlighting the otherwise unreported monstrosities committed by the hidden community concealed behind the very visible massed aggression which the government insists on portraying as a persecuted minority.

What happened to the stiffness of our upper lips? The black-shrouded, grieving widow was an aberration, her strange, ethereal, inability to move on the antithesis of Britishness, yet tolerated in true British fashion. But now it’s as if we must all join in the tortured misery and self-flagellation in the pseudo-scientific notion of closure. This isn’t closure; it’s a perpetuation of a snivelling inability to grasp cold reality. When 96 year old war hero Jim Booth faced down an attacker armed with a claw hammer he shrugged off what the press has to call ‘an ordeal’ with the superbly British response that worse things happen at sea. 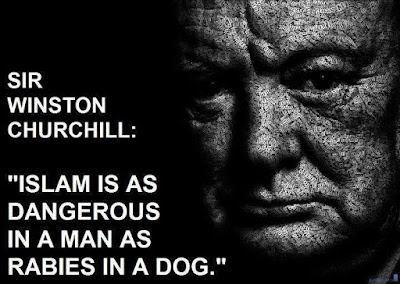 It’s time to ‘man up’, surely? It’s time to take to the streets in protest, to rattle a few cages and to unseat a few so-called leaders who neither lead nor offer solutions. It’s time to stop getting maudlin, to give up the widow’s weeds and shout out ‘enough is enough.’ Standing proud? Standing together? All this vigil nonsense is neither; it is hollow words to cover up the reality that we are standing against nothing; we are giving in. Well enough. Don’t get sad, get mad. Then don’t’ get mad, get even,

(*No cats were harmed in the making of this blog.)