I have spent two days this week watching a demonstration of my general population thesis that most people do exactly as little as they need to do in order not to get sacked. Or in this particular case in order not to fail the practical assessment of what can amusingly be called their competence in testing electrical installations. It can’t only be electricians who are barely capable in what they do; I have seen the same principle demonstrated in many other disciplines and it is now the prism through which I examine most of my encounters with the human species.

Just enough, just in time is a principle – and one which they say is threatened by Brexit – which became dominant in supply chains in the eighties. It has some merit; why keep stock, sometimes for years, which may become obsolete before it is used, or ties up capital which can best be invested elsewhere? But the capacity of the human brain to store information and master skills appears to be beyond our ability to even measure, let alone limit, so why would we voluntarily give up the opportunity to be better? There is no valour in ‘just enough knowledge’ and the wilful lack of curiosity, of acquiring and storing knowledge in abundance is a crime against human capability.

We have all encountered useless solicitors, dodgy tradesmen, indifferent carers, uneducated educators and impotent officials and we have all railed against them – it’s sometimes as if that is the sole purpose of social media - but how often have you turned the spotlight on yourself? The “I’m not the problem here” syndrome is an insidious one and one with which most sufferers don’t even realise they are afflicted. It almost seems that the only areas in which people excel are the ones which make the least positive contribution to their lives.

For instance: worrying about the use of pronouns, avoiding upsetting idiots who self-identify as something other than 99% of the population; dreaming up ways of being offended; detecting casual racism and identifying almost entirely fictitious ‘hate crime’. We ban words, no-platform decent people with important things to say, dismiss the contribution of the people who invented civilisation while simultaneously insisting we respect the views of those who wish to bring it down. And worst of all is the blind acceptance of the assertions of others with neither the evidence to examine nor the intellect to understand it.

It’s the economy, stupid. It’s climate change, you idiot. Don’t be racist, don’t be homophobic, think of the cheeldren and how dare you assume my gender! We come under a daily barrage of admonishments and even the most woke are not immune. Nothing we can do or say is ever really deemed good enough and all the while our cognitive abilities, our critical thinking skills atrophy from lack of use. We marvel when one public figure is completely exonerated after using terms which would bring excoriation down on another; there are moral value judgements being made outside of our ability to understand and learn from.

If only there was a way of teaching everybody the rules and then having everybody obey those rules? If only there was some form of perfect, infallible being – not a god, but a corporeal entity – that would not make the mistakes that mere humans do. If only we were ruled, ordered and policed in an even-handed, non-biased manner which would reach the ame conclusions every time, based on the same evidence. If only we could bypass the waste and clutter and human disorderliness and prejudice. 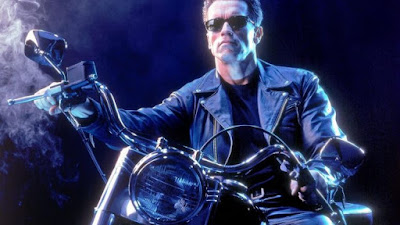 Much intellectual capital has been spent over the last half a century regarding the por decision-making skills of humans and the development of artificial intelligences which perform far better. Today our Parliament, comprised of feeble, fallible humans will attempt to break the Brexit logjam. But will they apply cold, hard logic to the problem in order to come up with the best solution? Nope. Every last one of them, convinced they are on the side of right, will base their words and actions on too little information, too little brain power and blind, irrational partisan faith. This task is too difficult for humans. Time to bring on the robots!