In response to those who say, “Oh, come off it, it was just a bit of cake”. Or, “what did you want - for the dogs to be abandoned to the Taliban?” Or “Who cares who paid for the wallpaper?” the complainants are now insisting “We just want to be told the truth. We just want transparency. We don’t want to be lied to.” A shame then that they don’t hold themselves to the same standards when concocting a simple lie about the Foreign Secretary using an expensive ‘private jet’ when she in fact used an official government aircraft manned by the Royal Air Force.

Did you ever tell your kids about Father Christmas, the Easter Bunny, or the Tooth Fairy? Well there you go. But, you will protest, at that age they need to be protected from the harsh realities of the big, bad world, and a bit of pretend magic does no harm, surely? Would you be surprised if the salesmen of wine companies, while forbidding pilfering, see no harm in helping themselves to their product while wooing new business? Do you really believe that stationery manufacturers don’t covet the odd paperclip?

In many parts of the world – including all those holier-than-thou, Labour-run councils – a backhander, a bung, a little sweetener is an open secret. The wheels of commerce are greased by lies, insider information, nepotism and graft. And nobody bats an eyelid. Why should we hold governments up to a level of scrutiny we rarely manage for ourselves? And what, seriously, is wrong with a leader possessing a few human foibles? Let he who is without sin and all that…

Dare you even imagine a world run by perfect humans? My god, what A sanctimonious, joyless, beige place that would be. We love our pantomime villains, our cads, our rogues; so what is it about petty politics that turns mediocre public figures into arbiters of the greatest virtues? Do they imagine the public applaud their daring quest to uncover the truth, or is it more likely, to paraphrase Colonel Jessop said in A Few Good Men, that they can’t handle the truth?

The latest anti-Johnson hashtag doing the rounds is #ALiarNotALeader and it is predictably being promoted by the same old toothless circus lions who have, no doubt, never in their lives lied to gain any sort of advantage. Hypocrisy, thy name is Davey, Rayner, Starmer, Lucas, Blackford, and so on and so on and so on. The emotional investment alone must qualify them for therapy.

I really hold no candle for Boris Johnson (I feel the need to keep saying this) but don’t you just get bored when the same tired old hacks trot out the same tired old lies of their own? They told the electorate a million times before the election that Johnson is a liar. The electorate voted for him in their millions (and yes, the UK general election IS now a presidential style affair) knowing exactly what they would get. 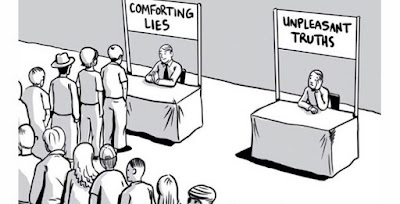 So what that the Met asked Sue Gray to delay publication? ‘They’ wanted the police involved, but now that they are they cry foul. Establishment fix! Conveniently forgetting, of course, that in this case ‘the establishment’ is their own. Cressida Dick, I’m sure, would be delighted to scupper Johnson. And her boss politico, Sadiq Khan, must be salivating at the chance. I neither know nor care how the police will interpret events, but it isn’t Big Dog who is riding roughshod over democracy here.

Email ThisBlogThis!Share to TwitterShare to FacebookShare to Pinterest
Labels: lies and lying