You all know the science bit is bollocks, right? I mean, you don’t buy that skin cream because it contains therapeutic glycine cerameloid pearls, do you? Do you? It has nothing to do with science and everything to do with hope, and if you don’t believe me, try listening to an interesting podcast The Best Thing Since Sliced Bread. It sets out to examine the claims of numerous products, techniques, thinking even, which are marketed using claims which are – well, to call them exaggerated is probably too kind. But here’s a really odd thing that appears to be borne out by actual (not L’Oriel) science. The placebo effect may be increasing.

For many years it has been well know, so much so that nobody can be unaware, that in clinical treatment trials patients given placebos often exhibit therapeutic benefits above the control groups given nothing at all. Less well known, but becoming increasingly apparent, is the nocebo effect whereby patients experience adverse symptoms, such as side effects, when given placebos rather than active treatments. This is due to negative expectations often influenced by factors like healthcare beliefs, the media, the internet and social conditioning.

These two effects also seem to migrate to politics. If you expect a Conservative government to have a positive effect on the economy you may well perceive such effects regardless of whether any measurable benefit is there. And if you believe that the nasty Tories hate the LGBTQIXPALLYDOCIOUS community, it is likely you will be seen out on marches bearing whiny banners saying ‘Something, something, something Tories…”

I have had fun over the last couple of years confessing my ignorance and my largely indifferent reaction to ‘the Covid’. For the majority of the population that is their reaction to politics. Most people really don’t much care what the ‘facts’ are; unless they see measurable differences in their lifestyles neither one side nor the other makes much difference. The majority, if they vote at all, cast their ballot for tribal, familial preferences, which is why most general elections end in anti-climax.

It makes little difference who gets in; if it’s Labour we perceive Labour outcomes, if Tory, then Conservative ones. For many years our political parties have struggled on as homeopathic versions of their original charters, dilutions to the nth degree, harmless at any dose. But imagine the effect if one political party or another actually added some active ingredient to their sugar pill? As a thought experiment, what if whoever wins actually decided to make good on their promises? Imagine the buzz if the decaffeinated versions of our current political parties were to go full-leaded!

Of course, none of this would happen. The revolution we pretend to crave is quietly shelved when reality bites. You can have equality and social justice (whatever the hell that means) just so long as you are happy to work away and pay 99% of your income in tax while most of your neighbours stand idle. Yes, you may have excellent education and superb job prospects, just as long as you recognise that well over 75% of the population are not up to it and you are more likely to be among that majority. 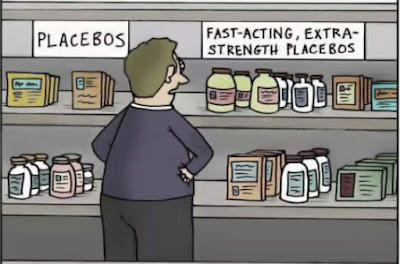 To take strong medicine you must be prepared to suffer the side effects. Politically these may include, but not be limited to: abject poverty, cruelty, injustice, high crime rates, loss of agency, heavy handed policing, racism, sexism, social upheaval, class war and various forms of apartheid. Not the imaginary versions we have now, but the actual things. Is it any wonder we prefer our science diluted to taste?