So now it turns out that eating animal protein gives you cancer. Yes folks, we’re back in the realm of the ‘expert’. What’s the betting that this is the work of mutant ninja vegetablists with a mission to save the human race from itself by enacting a twisted form of benign vengeance? You have to be cruel to be kind, they say. No, you don’t; never mistake cruelty for kindness even if the ends are honourable. It has to get worse before it gets better and it’s always in the last place you look? Ermagerd, what is wrong with you people?

The darkest hour is just before dawn? Bollocks. Many hands make light work yet too many cooks spoil the broth? People live their life by these contrary, contradictory and downright inaccurate rules. No wonder some of you greet the start of Lent with such glee – you just can’t help but find pleasure in imposing prohibition on yourselves and others in pursuit of some unattainable reward in the fictional hereafter. I believe you are the foot soldiers of the inexorable march of socialism, scatter-gunning self evidently incorrect assertions under the guise of authority until an unsophisticated population accepts everything at face value and complies without challenge.

"For every additional 100 immigrants … 23 British workers would not be employed". So said the Migration Advisory Committee in 2010, a report that informs Theresa May’s views and efforts in regard to immigration. Oh no, says a different analysis, neatly bifurcating British public opinion depending on which ‘expert’ guidance you want to hear. Does nobody do the sums for themselves anymore? And then we’re straight back to that blanket proclamation: ‘immigrants are a net benefit to the UK economy’, or as Vince Cable is now dancing a joyous jig to: ‘immigrants are an ENORMOUS net benefit to the UK economy’. But of course, like the curate’s egg, immigration is good only in parts.

Unlike the nineteen fifties we have no population shortage. The displacement of unskilled UK workers in favour of foreign, cheap labour is near 100%; it benefits large employers and traffickers of illegals only. At the top of the tree it may well be true that we have a skills shortfall that can only be met by immigration but at the arse end of humanity, there is no benefit, net or otherwise to the people reared here. You have to earn over £30,000 per annum before you pay more in taxes than you receive back from the state, apparently. But yet again that is an average figure and taken at face value means that the vast – and I do mean vast – majority of UK citizens are a drain on society. How then can minimum wage immigrants, who suddenly seem to be doing ALL the shit jobs, ever attain the status of net contributor?

The moral is of course, don’t believe everything you hear, read, or have thrust down your metaphorical throats. Look around you for the real evidence and pretty soon you’ll realise that most of what you are force-fed is agenda-drive bollocks, often delivered by willing dupes. Earnest juvenile planet-savers, union-roused teachers, flash mobs of the pale and sickly walking wounded class warriors of the Hundred Years' War that is the NHS and well-paid ‘experts’ producing paranoia-inducing propaganda to order. 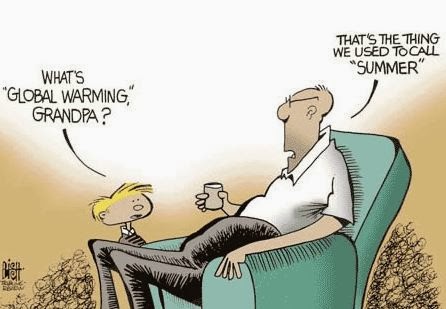 I don’t know the whole truth. You don’t know it. He, she and we don’t know it... and neither do they; to conjugate the truth all you have to do is put ‘don’t know’ in front of it, which means that, unless you want to slavishly believe all the claims and counter claims that are tubed to you daily with little or no provenance and drive yourself slowly mad in the process, you are going to have to do what most of us used to be able to do before the advent of 24/7 infotainment. Look around you, read some books, take an interest in history. For instance, we are all several inches taller than when food was harder to come by... I know it’s difficult, but just think for yourselves. And eat plenty of meat.
Posted by Batsby at 06:28