Could everybody stop, for a minute, and just try not to be offended. In fact if you could stop being offended for just one day in the month you might find a way towards the light. Obviously, going cold turkey might be a test too far, but you could, you know cut down a bit. Think of it as an outrage fast; or think of it as an offence ramadan and refuse to take offence during the hours of daylight. Come on it should be easy enough at this time of the year.

One step at a time. Try imagining, just for one day, that the NHS still exists. Or, if that is too hard, try believing that some Tories – not all, I grant you – were not educated at private schools, like their Labour counterparts. Picture, if you will, a Britain where everybody finds Diane Abbott an embarrassment, not just those with a sense of perspective. And put aside, for a few hours at least, your visceral revulsion for all things white, male and heterosexual.

Try not to be triggered, for instance, by the simple fact that our current left-of-centre government just happens to be controlled by the Conservative Party. And remember that Margaret Thatcher died in 2013 and left office over a quarter of a century ago. Dan Hodges makes a fair point when he says: “There was a time when Britain’s motto was Keep Calm And Carry On. Today it’s Take To Twitter And Start A Moral Panic”. Read the article, it’s very good, but do try not to be offended.

Giving up taking offence is not for everybody, obviously. Some are so wedded to the concept of ‘Social Justice’ that they can’t even imagine a world in which every utterance is not intended to cause harm. If you extracted all the outrage from social media you would be left with little more than twee, self-congratulatory messages of joy and pride; and what a tedious world that would be. So, I’m not saying don’t get exercised; getting exercised is an important part of caring and seeking to improve. Just don’t get so carried away.

Just because headline writers use words like ‘fury’, ‘crisis’ and ‘destroyed’ to make you click on the links it doesn’t mean you have to buy into the hyperbole. People’s lives are not ‘ruined’ on anything like the scale you might need to believe; it just makes better copy. The Grenfell survivors, for instance, are in far better shape than they would be had they stayed legally in their home countries. And Lily Allen pretty much brings on herself the opprobrium she attracts. 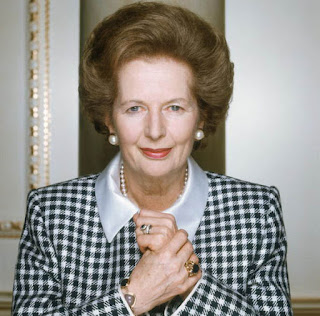 Giving up an addiction is not easy though and many will relapse, but try it. For some it will be a Trump tweet which leads you to fall off the wagon, for others Corbyn, but take it one day at a time. Then, after a while you might discover that becoming offence-free is liberating, restoring your mental equilibrium and clearing your vision. You will be happier, healthier, less angry, less stressed. But never forget that all these benefits can be lost in an instant; the instant somebody mentions Brexit.
Posted by Batsby at 11:06