Electric car enthusiasts say low range isn't an issue because most people do less than 80 miles a day. Maybe so, but I do that mileage and currently fill up once a week, or less, which takes me a few minutes. Having to charge every other night might be okay for somebody with a driveway and dedicated charging point, but for others it would mean either parking overnight twice or three times a week and paying for accommodation and charging, or else making two detours every day and taking onboard a ‘fast’ charge, which would still add at least half an hour to each journey. It is just not practicable.

Out there, in the usual online arenas, the word wars rage as converts (usually those who can afford hugely expensive, high spec vehicles and are greatly enamoured of their new prized status symbols) argue with those like me, who worry about the real cost, especially to those who can least afford it yet will have to help subsidise the switch from gallons to kilowatt-hours. Prepare for all your electricity bills to soar. This is a technology which should be left to the market to decide, not be imposed on all by the heavy hand of state.

If the UK government is really serious about tackling our emissions, fixating on one specific sector of energy use is a lazy mistake. Electric cars are sexy, they may be the future, but only for relatively few. (And what of bulk transport; electric 18-wheelers?) A wholesale reform of the way we live and work may be what is actually needed and while transport should be improved, making electric the flagship policy is going to gain few friends. When they also shut off the gas, who do you reckon is going to suffer? (Clue: almost certainly not those who can currently utilise electric cars.)

Once, long ago, in a country which looked entirely different from how it does now, populations bloomed where the industrial seeds had set down roots. Those industries have been offshored to cheaper climes; we get the brown people to make our stuff now. In return we have become a mobile economy which is not better, it really isn’t. Friends and family ties are severed, genuine communities have gone and the rise in personal transport has allowed them to fracture, even as it has given access to work further afield.

But people can’t afford to work where they live, usually because of housing pressures. And they are not easily persuaded to move closer, to end their reliance on personal transport, because jobs are so much less secure than before. Even with a properly integrated, holistic strategy, with assistance to move nearer to work, the encouragement of real careers once again and a decent, clean, efficient and affordable public transport network, there would still be a huge problem in persuading people it was actually safe to travel with strangers.

But we can’t easily put that genie back in the bottle and in the near-to-middle future people will still rely on personal transport. The past fifty years is not a good advert for public transport in the UK and I can scarcely bear to mention HS2…  So where does all of that leave us? How will the switch away from diesel and petrol and gas actually be achieved and will the stated gains of that policy ever be realised as our energy needs continue to rise; are we simply barking up the wrong tree?

We could totally shut down our entire energy consumption and huddle together for warmth and it would make sod-all material difference to the planet. UK Carbon emissions really are the least of our worries. Whatever we do, Mother Nature will be hale and hearty long after our species has ceased to dominate the planet. Charity begins at home, they say and maybe we should get parochial about this. We should be looking at ways to lessen the impact on ourselves and adapt to any change in climate, not trying to arrest a change that nobody fully understands in the first place. 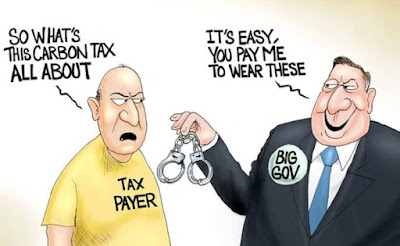 But that isn’t sexy enough for this brave new world, is it? So expect further changes to be announced, expect energy policies to be edited on the hoof with every crackpot theorist given funding and recognition and every dissenter berated for their heresy. Expect money to be thrown at pet projects and the cost heaped on those unable to adopt the latest fad. Maybe this is the real thinking behind the west’s sudden obsession with climate change – give the plebs so much to worry about, so much to fear, that they will be grateful for the few freedoms they get to keep.