Few, if any of the clamorous children baying for the symbolic execution of statuary deemed offensive to modern woke sensibilities would have any knowledge of the classic children’s toy. Since its inception in 1960 Etch-a-Sketch has provided countless hours of equal joy and frustration for generations of kids, long before the iPad was ever conceived. Primitive, clumsy, pedestrian, clunky, agricultural almost, it was nevertheless a boon to parents who could leave their charges alone for hours as, tongues out in concentration, they would twiddle their knobs to produce masterpieces of ephemera.

Fleeting because all that was required to destroy forever the work of many creative hours was to turn it upside down and shake. All gone as if it had never existed. Even a dismantled jigsaw still has the ability to be recreated but with the Etch-a-Sketch all that is left is a memory, and memories fade. Move on, nothing to see here. And eventually the device is related to the attic. children grow up and even the memory of the machine itself fades to nothing.

Following the removal of the statues of Colston and Milligan we hear that another icon, this time of far greater renown is to be erased from history. Lieutenant General, Lord Robert Stephenson Smyth Baden-Powell is a symbol of Britishness akin only to Kipling and Churchill and like those stalwarts had views on Nazism, fascism, communism, empire and many other things. His grave in Kenya is a national monument. Of what is he accused? I would suggest of being that symbol.

Black Lives Matter and its anarchist, communist, fascist agitators hate that a white man could have influence of any kind. And given that BP isn’t around to be forced to his knees, his image must be obliterated. Chaos is the only cause here and no symbol of whiteness must be allowed to stand. Because the truth is there is no underlying logic here, there is only hatred. Go back far enough, dig deep enough and you will find unsavoury episodes in every life. Where does it all end?

Allowing the BLM movement to pursue their anti-white vendetta to its end, will the madness only stop when everything created by white people has been destroyed? But that wouldn’t be the end, would it? In some theses, next it will be the white races themselves and when they have gone the genocides will continue, hue by hue, until only one statutorily defined shade of blackness has been agreed. In some form or other these identity issues will never go away. 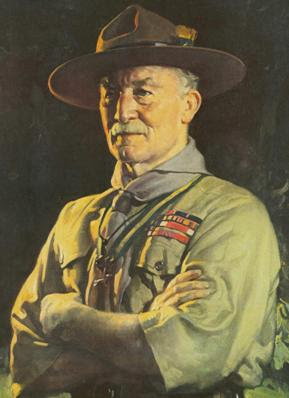 But even if they tore down everything created by white people today, it would only herald a new age of white inventiveness, white enterprise and yes, white achievement. We would rebuild and reclaim what was once had and certain people who took no part in the rebuilding would wait their sullen turn until they could once again turn all of white history upside down and give it a good shake.