The announcement of the continuance and expansion of the Stormzy Scholarship – a bursary scheme for black applicants to Cambridge University has, predictably, aroused questions over whether such a scheme for exclusively white applicants would be even legal. When Prof. Bryan Thwaites offered a scholarship in 2019, to give white boys from deprived backgrounds a chance to gain a better education in elite schools, he was turned away. The excuse was that his offer was not inclusive; well neither is this.

Mr Michael Ebenezer Kwadjo Omari Owuo Junior might believe he is solving a problem. But, in reality, he is exacerbating one that a certain sector of society has been fuelling for decades now. The proliferation of schemes exclusively for the benefit of ‘ethnic minority’ applicants has been clearly visible for some years. So-called diversity hires are not about equality, nor inclusion, nor proportionate representation. Just as the hard left successfully infiltrated the institutions, this new and disturbing variation will implant anti-ethnic-British thinking throughout the organs of state.

Ever since Britain practically bankrupted itself to abolish slavery, certain parts of our ‘intellectual’ ruling class have wrung their hands in angst, the sense of white guilt pervading all and eventually permeating throughout society. Now we have a broadly appeasing national sentiment where, for many years now, white people in authority have gone out of their way to ensure ever more opportunities for non-whites to fully participate in British society. The whip hand, to use Enoch Powell’s term, has been stayed and open palms presented in supplication instead.

Year on year, generation on generation, Britain has become possibly the least racist nation on Earth. We have been open and welcoming and in the determination to further the life chances of black and brown skinned people have neglected our own. Progressive education has left the white boy behind, a conscious decision by those who think they know so much and understand so well. Ours has been a mission of sharing. But just look how it has been received.

I’m not sure we expected thanks, or any particular expression of gratitude, but the response to – and I’m not afraid to say this - our generosity has been far from that. The old expression “give them an inch and they’ll take a yard” could not be more apposite. Not good enough, they insist, as they form into their own societies and exclude whites. The multicultural experiment has ended up where many said it would; monocultural ghettoes and the exclusion and disadvantaging of the indigenous.

Many will argue that this is merely a redressing of the balance, but that is simply incorrect; those who are now disadvantaged played no part in historic oppression. The Trojan horse has been brought inside the walls and now its occupants are set on sacking Troy. I look with dismay at the glee on non-Conservative faces as they look forward to our first black or brown Prime Minister, and celebrate every instance of the blackwashing of our history and institutions. 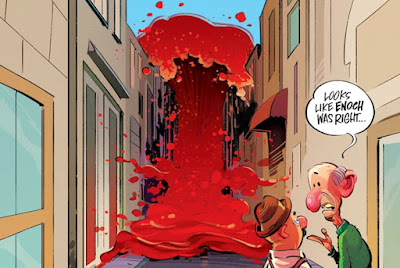 Of course, I am a hideous racist for saying this. But I know I am not in a tiny reprehensible minority; many people fear for what comes next. Future generations of white children are almost certainly going to learn what racism really is. And if, as the black activists and scholars insist today, only those in power can exercise racism, tomorrow is looking very bleak indeed for anybody with any skin colour which identifies them as ethnically British.