Settle down children. Now, today we are going to start with sums. There’s no need to boo, my dears, because Uncle Len says that sums are simple; sums are fun. Now, repeat after me, “One, two, three, Clause Four…” What is a clause, I hear you ask? There’s no need for you to know that right now, but as long as it is followed by a four it is a very good thing. One day you will need to remember that, but for now it will be our little secret.

We used to say that school days were the happiest days of your life; now it’s likely they may become the most politically active too as ‘Red Len’ McCluskey’s union, Unite, wants to enlist malleable young brains in the cause of Communism. Len knows what he’s talking about – he worked out which side his bread was buttered early on, becoming a shop steward at the tender age of nineteen, back in the days when the unions really did tell the government how to run the country.

If the thought of your kids being gently indoctrinated into the ‘four legs good; some are more equal than others’ machine fills you with no fear, then it’s probably because you don’t realise it is part of the Fabian Society’s long game. To realise how long you only have to reflect that yesterday was the 100th birthday of its propaganda sheet, The New Statesman. Current regular contributors to “The Staggers” include such exemplars of unbiased opinion as Mehdi Hasan, Will Self, David Blanchflower and  Laurie Penny, peddling neo-Marxism as intellectual and ‘progressive’.

Persuasion is normal, we all do it all the time; letting those around us know what is acceptable and what is not by gentle repetition of preferred themes. In this way we both mould and are moulded to fit into our little life niches. If we’re not comfortable we can move on, but it’s rare not to accept some compromises in order to fit in, because straightening up and flying right is ultimately easier than fighting all the time. But who is doing the straightening and what course are they setting?

The EU has been gently steering your kids into an uncritically Europhile mindset for years and now Unite wants to lead those same ductile ducklings to the picket lines by funding video lessons in the art of protest. Were it a balanced view of the democratic process and how to take part that would be fine, but the material appears to focus on how to oppose local businesses and fight plans for privatisation. In other words there is a deliberate bias towards the Fabians’ ideals, dressed up in the harmless ‘fun’ of dreaming up slogans and making placards. 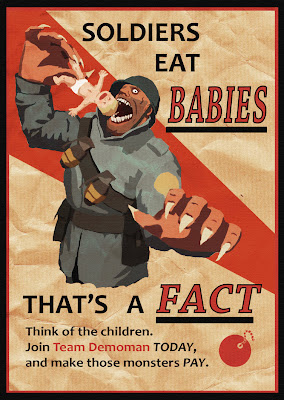 You can tell Len McCluskey what you think of this idea by following @Untie4Len on Twitter and putting forward your point of view. But for now, children, it’s back to the lesson. Repeat after me, “Two plus two equals five.”