But what are we gonna do about Ed?

Whatever trials the Conservatives are going through the Miliband machine is also in disarray and try as they might to avoid it, their favourite word of 2012 ‘omnishambles’ hovers ever dangerously over their own attempts to look like a one nation party under a groovy leader. After a barrage of novelty, gimmick, populist policy was scatter-gunned into the media crowd a few weeks ago, now only tumbleweeds roll through the ideas-desert that is Labour’s policy unit.

ED MILIBAND: So come on chaps…

ED M: Sorry. I mean comrades. Anyway, we have to do something. I looked ridiculous in PMQs yesterday because all I had was that Maria Miller thing and Cameron was ready. Again. (SHAKES FIST)

CHUKA UMUNNA: Don’t blame me! I was on the Daily Politics, bigging up our economic plans.

ED BALLS: We haven’t got any – that’s why we sent you instead of me. Anyway, you agreed with Grant Shapps about the Maria Miller thing.

CHUKA: I thought that was what we’d decided? It wasn’t ME going off message!

(ALL EYES ON MILIBAND)

ED M: Yes I know, but in the heat of the moment I couldn’t help myself.

ED B: You said “The Prime Minister is the last person in the country to work out that Maria Miller’s position was untenable. He just doesn’t get it.” You even tweeted it.

HATTIE: Except you were the second to last to work it out. If you’d said on Tuesday she should resign you’d look more like a strong leader. And anyway, your Twitter Intern does all your tweets – we don’t even trust you with the password.

ED M: What do you mean ‘look like’ a leader?

TWINTERN: They all think you look like Beaker, off the Muppe…

ED M: Anyway, come on, we really screwed up this afternoon. According to Dan Hodges we have nothing! What news on the economy Ed?

ED B: No, the other bad…bad for us. Good for the bloody country. Ungrateful bastards. The way it’s going this time next year the economy could be doing so well the sods might even feel secure enough to give UKIP a go.

HATTIE: But every time we do that their poll ratings go up!  It’s our core voters; they’re the bloody racists - at heart they are no better than Nazis.

CHUKA: Surely we can have a go at them for promoting that Thatcherite millionaire ex- banker to the Culture Secretary job?

HATTIE: No, we can’t do that. He might not be a woman but he’s the next best thing. He’s a Paki… or is he one of the other lot?

HATTIE: What? Can we still say Asian? I lose track. Anyway he’s off limits - they’ve probably got a bloody colour quota to fill just like we have

ED M: Stop it, you two. Now come on; think. We have to attack them on being rich, out of touch public school types with floppy hair and Tuscan tans. We have to be utterly ruthless and get under their skin. We need to gather the facts before we attack; can’t afford any more cluster-fucks like yesterday afternoon. We must give the likes of Dan Hodges no more ammunition.

ED B: Ed’s right. From now on, before we say a thing we must check, check, check our facts and only when we are absolutely sure and we have examined the political ramifications do we strike! At least it’s Easter break now, so at least we can’t screw up until Parliament reconvenes. 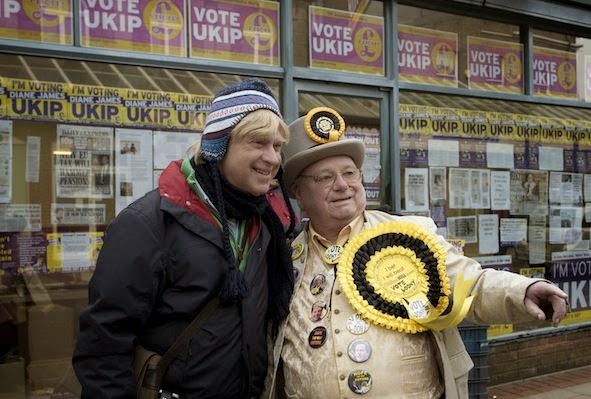