Twitter seems to have spent the entire Easter weekend going on about food banks, the Trussell Trust’s insistence that almost a million people rely on them to eat and the Daily Mail’s low tech ‘exposé’ of the relative ease with which they can be abused. Lots of name calling on all sides, as you would expect, but never a plea for common sense. This is how everything works today, it appears, ideological battles waged across the interweb while in reality nothing changes. Look, if people really ARE starving, where are all the reports of pantry burglaries and the hijacking of food trucks? With the exception of well-organised imported street begging, where are our indigenous beggars on every corner? And where are all these starving people housed and entertained; where are the resettlement camps and municipal soup kitchens? It’s poverty Jim, but not as we know it.

Browsing about I stumbled upon this article by Midlands UKIP MEP Roger Helmer about the way the simplest truths can be distorted. Put aside your automatic - and largely media-driven - abhorrence for a minute and have a read; it’s really rather illustrative of the mores of the mainstream media who know that people make up their mind based on headlines and captions rather than any detailed understanding of the issues, the facts, or their own common sense.

So I’m wondering what the manipulated masses will make of news that the EU has recently set up a Ministry of Weather. Pretty chancy even by their record, this is on top of the whole climate change industry which, as Roger’s blog makes clear, currently spends its time working out ways of making energy as expensive as possible. The Weather Commissioner, or to give him his full title Commissioner for Daylight, Precipitation and Air Quality, is an unelected and (at just over £220,000 per annum) highly paid official who is also a former crony of EU President José Manuel Barroso. As he has absolutely no power whatsoever to alter the weather it has to be asked just how, exactly, will he spend his days in office?

Well, contrary to expectations the department has actually been pretty busy and after consultation with the currently independent meteorological services of the member nations a number of reports have been issued and proposals drafted. The Commissioner obviously can’t change the weather but he has done - in the eyes of the EU - the next best thing and codified it. With immediate effect actual day to day weather summaries will be passed to the database and compared with seasonal norms. And any weather patterns falling outside those seasonal norms will be subject to sanctions. In the UK for instance, both last year’s exceptionally sunny summer and this year’s heavy rainfall would have attracted hefty fines.

Much of the EU’s legislative workload is taken up by this sort of crap, with penalties levied for transgressions over which member states have little or no control. For instance, did you know that on top of having to accommodate our high immigration intake we are effectively fined for exceeding certain unfixed quotas? So on the one hand we must bear the infrastructure and subsequent welfare costs of uncontrolled immigration and on the other we must compensate those countries from where the immigrants originate for their loss of skilled workers. And on top of all that they just banned Milk of Magnesia for having too much milk of magnesia in it. 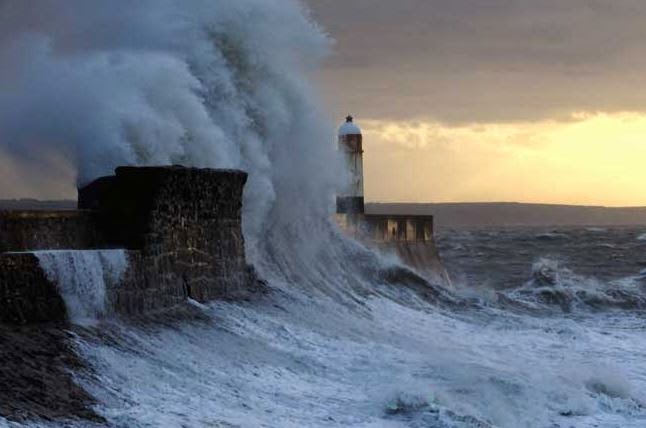 Of course, the EU does things like this every working day of the year and so much of what we formerly took as freedoms are being corralled into the EU pen to be controlled that we just can’t keep up. People notice things like the Milk of Magnesia story because sooner or later somebody points out its absence. But it’s unsurprising you have heard nothing about the weather business for two reasons. The first is that while the EU likes to spend lots of cash propagandising its supposed benefits it doesn’t trumpet the myriad petty rulings that spew from its chambers every day.

The second reason is that I just invented it. But how could you have known? Research (that I once again just invented) shows that most news is accepted at face value; instead of challenging the truth of it or querying the source it’s so much easier to just adopt a position. Hands up all those who already formed an opinion about it?