At the turn of the century – oh what a long time ago that sounds – I was disappointed but hardly shocked to discover that the still fledgling internet had already spawned a collaborative enterprise in fraudulently reproducing scholarly work. American students in particular were setting up file-sharing sites where you could download an academic assignment and pass it off as your own. They say there is nothing new under the sun, of course and who amongst us has never copied their homework from a friend?

I found this little truism through a number of sources: In academia, to copy from one author is plagiarism, to copy from two is research and to copy from three is considered original thought. I’d credit this but wouldn’t you know it, I can’t find a reliable original attribution. And anyway am I just quoting, or am I copying? Online essay-writing sites have to foil anti-plagiarism software, which searches for matches in submitted work, but how much do you have to change before a passage passes as original? Such sites claim they are doing no wrong; they are not copying they claim, simply providing original work for cash. You may subscribe to the notion that, fair play or foul, the end result justifies the means, but it is still cheating.

How happy would you be that the surgeon with  your organ in his hands cheated his way through school? Or that the engineers who designed the safety features of your car copied their way to qualification? In either of those cases, of course you would hope and expect their cheating to be found out and their abilities to be under constant scrutiny. In exacting professions you have to be pretty good to foil the system. The same is not true for all disciplines, however and in many fields of work you could fraudulently gain your status and never be found out. Economics, politics and the broad and unspecific field of social ‘sciences’ spring immediately to mind as mountebank-rich environments.

When marking student assignments it can be depressing to realise you appear to be marking the same work over and over again. Matching two identical submissions, in the same format and font is pretty easy to do. When they are crafty enough to change the original format and rearrange some of the words it is a relief that, although you know they are all copying from the same approved source, they have at least made some attempt to assist your collusion in granting them a pass grade and their signature declaring ‘all-my-own-work’ part-indemnifies you from blame;

Marking multiple submissions of largely the same material is the lot of educators at a level where independent thinking is neither expected nor necessary. But from the leaders of the supposedly free world? When Barack Obama was campaigning for re-election he was fond of saying to business leaders “you didn’t build that” insisting they acknowledge their debt to greater society and not claim all the credit for their work. Good line; I wonder who wrote it? Who knows, it may even have been Obama himself. 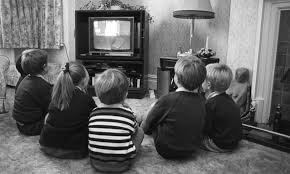 But his little diatribe against a British exit wasn’t all his own work at all and the sticky fingerprints and marginal notes of the pro-EU establishment were clearly all over it. He sought to tell a fable of an imagined future outside a country called Europe; a sorry little tale of trouble and woe. I'll tell you a story about Jack a Nory... but whose story is it?
Posted by Batsby at 07:52

Email ThisBlogThis!Share to TwitterShare to FacebookShare to Pinterest
Labels: Barack Obama and Brexit, Obama and the stolen essays, Plagiarism and Obama