Another day, another stupendous carnival in the eternal situation comedy of politics. Forget the soaps, ditch the detective shows, this is the acme of aching sides. Parliament is a three-ring circus right now and Theresa May in fishnet stockings, corset and killer heels is wielding her whip as the all-powerful ringleader. The music swells and the familiar tune crackles out from the speakers. As Entrance of the Gladiators plays through the tinny tannoy the Shadow Cabinet clown car lurches into the arena, steam issuing from the bonnet, different sized eccentric wheels wobbling and comes to a rest with a comedy backfire as all the doors fall off.

Jeremy Corbyn invites Buffo Thornberry to sniff an enormous posy on his lapel and the audience hoots with laughter as she falls for the squirty flower routine. He honks the bulbous car horn and mimes belly laughter as Coco Abbott, in her enormous hoop-waisted trousers – oh, wait, no hoop (much like Labour, no hope) runs at the disabled children in the front row, trips and showers them with a bucket of glitter. The children, scared by the hideous clown make-up begin to cry. Everybody else roars as the pratfalls continue, Oh, what a show.

Meanwhile, under a remote and less orderly part of the Big Top the Ukip sideshow is setting out a makeshift boxing ring and a succession of combatants don enormous comedy gloves and attempt to best the champion. Under a giant papier-mâché head, the Nigel Farage figure sees off all-comers as one by one they take their dive and hit the deck. Politics; the roar of the greasepaint, the smell of the crowd - they call it the greatest show on earth. Nobody can fail to be amused by the exaggerated and outrageous antics of the raggle-taggle gypsies and their travelling freak show.

Westminster has always been something of a carnival and when you peek behind the curtain fisticuffs are far from unusual. Eric Joyce has had form in recent years and everybody remembers the famous Prescott jab. One old internecine rivalry continued over several months and frequently came to blows; the adversaries were well-known names and as they are still alive I am not at liberty to name them if only for the purpose of avoiding a charge of libel.

Anyway, it degenerated to the state where one began to launch surprise attacks. One day in the late seventies the younger, fitter rival charged across the lobby floor, launched himself into the air and with a flurry of blows, laid out his old enemy. As he brushed himself down he gestured towards the unconscious figure on the ground and said “When he comes round, tell him that was a Bruce Lee roundhouse kick and karate chop. Enter the Dragon. 1973”

Some days later, the pair having avoided each other since the incident the opportunity arose for another round. This time, as they were leaving the Commons chamber and in full view of the attendant parliamentarians, the younger man began a bizarre shuffling movement with his feet. As the older man looked down to see the little legs a-blur he succumbed to a swift one-two and crumpled to the floor. As the first aid team were being called the younger man took out a comb, rearranged his parting and instructed. “When he comes round, tell him, Muhammad Ali, Rumble in the Jungle. 1974. Uppercut and cross. ” 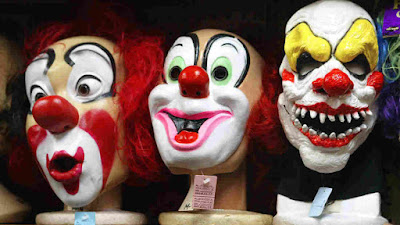 Roll up, roll up! See the Labour Cabinet Show!

It was some weeks before the older man could take his revenge, then one day, before a cabinet meeting they found themselves alone in the briefing room. They glowered at each other and then, before the younger man could compose himself, the older fellow lunged at him just as colleagues were entering the room. With a single blow he felled the fitter representative. The attendees were aghast, but the man gathered himself calmly, buttoned his jacket and as he left the room said, “When he comes round tell him, Chitty Chitty Bang Bang. 1968... Starting handle”