Here is a painful truth. You may need to prepare your safe space in readiness should you trigger during the rest of the paragraph. Are you ready? Then here goes; nobody wants to hurt you. Still standing? It’s true though; unless you have stirred up some animus with somebody you have wronged or against whose own existence you regularly rail, unless you have provoked somebody in some way, nobody, generally, wants to hurt you. Actually, I have over-generalised here; of course there are people who would hurt you just for who and how you are, but none of them are in government.

Devout muslims may wish to behead you, or hurl you from tall buildings, or set fire to you, or stone you, but they are fucking insane and they don’t belong here. And yes, there are plenty of people who would spit at you in the street, throw eggs or, at a pinch join a lynch mob, but they only reserve this treatment for Tories, who they refer to as ‘scum’. We should also not forget that there are violent criminals out there who rob and rape and assault and kill, but this is largely indiscriminate, so it’s not personal. None of these people, however much you want to believe it, are in government.

For clarity, by government I mean specifically the Conservatives whose members bear the opprobrium of the vocal left who daily accuse them of hatred and violence and deliberate intent to harm. And yet, this clear and generalised lie is accepted by the target group who are regularly whipped up into frothing and frightening mobs in demonstrations which occasionally cause real harm to innocent members of the public. When the left talk about ‘divisive’ policies they appear to be blind to the extreme divisions their particular narrative drives.

Maybe there once was a time when rapacious business owners, in cahoots with the ruling class, sought to keep the working man down. Maybe there was once a time when rich landowners cruelly treated their servants by intent. Maybe, one day, a Tory actually did eat a baby, but those halcyon days of privilege are long gone and sadly missed. No, the only instances of Tory cruelty that now exist do so in the minds of hysterical, sobbing dupes deprived the perverse dignity of actually starving to death. But, if the lie works...

Most politicians, wherever their loyalties lie, would like to be honest, but the business of politics can be a dirty one and it is a great relief for many to get away from the stifling cloisters of Westminster and back to their constituencies, where they can engage in the honest work of helping the very people who sent them to the house. One such member was taking a stroll about the parish when he came upon a group of young boys surrounding a dog.

Fearing mischief he asked them what they were doing with the mutt, which was held on a makeshift collar and lead fashioned from string. One of the larger boys explained that it was a stray and that they were discussing which of them would get to take it home. The MP, impressed that the group was engaged in a form of debate asked them about their deliberation process. The older boy explained, “we’ve decided that whichever one of us can tell the biggest lie will get to keep the dog." 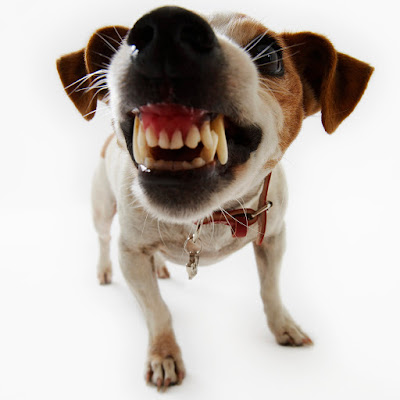 Does your dog bite?

The honourable member was somewhat disappointed. “You boys shouldn’t be having a contest telling lies!” he exclaimed and then went into a lengthy speech about how important it was to tell the truth. He talked about the important position he held in society and how honesty and integrity were essential to the fulfilment of the trust placed in him by their mothers and fathers who had elected him. When he finished, the boys stood in an uneasy silence, looking at each other and hanging their heads. The smallest boy took the dog’s lead and with a sigh, handed it to the politician. “You win,” he said, “the dog is yours.”
Posted by Batsby at 07:05