We’ve never really known our actual population and I do mean never. But in recent years, certain, shall we say ‘communities’ have turned confounding the count into something of an art form. Well, when you can register eighty Labour voters at a one-bed Tower Hamlets flat, claim benefits for multiple non-existent or non-domiciled relatives, yet appear on no census the statistical word is your oyster. In comparison our home-grown welfare milkers have much to learn from your ‘economic migrant’.

Angela Merkel opened the doors wide for around a million unregistered, unaccountable, fighting age immigrants from Africa in the last two years. By many accounts this has overwhelmed Germany, with a population of 82.7 million (2016) and following the usual modus of typical western governments, spells the eventual dilution of German culture. Here in England, where we are not allowed an English culture, as such (Scots & Welsh, culture are fine, btw.) we have allowed incoming third-worlders to utterly displace our own poor people from many enclaves, noticeably the inner cities.

Little wonder – given the complicity of all the establishment organs – that our police force (once respected around the world) now warns of a specious ‘rise of the far-right’, largely ignoring the ultimate crime of giving away our heritage, our wealth, to others. This is the political backdrop to Brexit, of course, yet useful idiots like Andrew Adonis still shriek unconvincingly that we were duped by a promise on a bus. At least the treacherous Tony Blair’s act is to pretend on the surface that he understands, but still tries to flog the Brussels bollocks anyway.

Which brings us to The Irish Problem. No, not the EU hard border hysteria, but the internal plan to bring about their own demise. Reportedly Project Ireland 2040 intends to grow the economy by swelling the population. (Why the insistence on always doing this; why not keep the population stable and swell the productivity instead?) Breitbart touts this as a globalist plot to replace the indigenous population, but by any measure this is truly drastic. If Germany was swamped, how will Ireland with a population of only 4.8 million (2016) possibly cope?

Will they be doctors, scientists and engineers to help build this brave new world? I somehow doubt it. The difficulties of integrating a massive influx of sub -Saharan muslims will put Brexit in the shade; this will be a fight for survival. When the muslim population is under 1% they are regarded as harmless and almost invisible. When they get to around 5% they begin to openly practice sharia, hide their women in sacks and – citing discrimination - seek special privileges. When they get to 10% and have managed to get some of their number into positions of authority they confer favour on their own and influence the law. 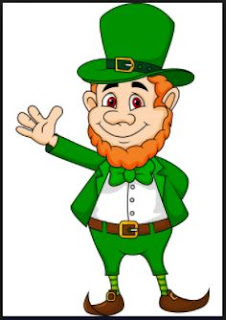 At 20%  - the alleged number planned - you can pretty much kiss your homeland goodbye. The ‘New Irish’ will ride roughshod over your feeble attempts at policing, carry out their own form of justice and out-breed you in a generation. Unless you nip this in the bud, Ireland will cease to exist as a Christian country. Every single mosque is one mosque too many and when Mohammed O’Riley is the most frequent name in the land you will look back at Brexit as the best of times.
Posted by Batsby at 06:39