Coke or Pepsi? They taste the same to me and they are both just gassy, sugar-filled teeth-rotters, but millions swear by one or the other. Wine experts in blind taste tests can’t tell the difference between red wine and white wine dyed red, yet supposed connoisseurs hang on their every pronouncement. And the vast majority of ‘energy drinks’ contain nothing more exciting than lots and lots of sugar... and are consumed mostly by fat kids and gullible fat adults who presumably need the supposed energy boost to enhance their sofa surfing experience. It’s not what you sell, it’s how you sell it... which is part of the problem.

You no longer go on a day trip, visit a museum, or just potter about at home; you are under pressure these days to undergo an ‘experience’. Even when you are experiencing almost nothing; marketing indolence as achievement you are invited to ‘hang out’, or ‘chill’, ‘de-stress’ or reward yourself for your industry by indulging in ‘me time’, thus making a virtue out of what would once have been openly derided as sheer laziness. What happened to filling the unforgiving minute with sixty seconds' worth of distance run?

Every wasted hour is an hour you will never see again; every wasted day, another day closer to death. I’m not saying you should make yourself sick with worry that you haven’t achieved some goal today, but don’t kid yourself that lolling about on the sofa is taking you one step nearer to your nirvana. Tell it like it is. And there’s your problem; whether it is a fizzy drink, a toilet roll, or a political party you are in competition with other providers; and considering that one arse-wipe is much like another it is little wonder that choosing a party to back is fraught with confusion.

Party politics, I believe, is undergoing its ‘Ratner Moment’ with the two main parties no longer sure what they are selling, but everybody admitting that, at best, it’s cheap crap. Both have resorted to attack ads, unable any more to sell the positives. But branding ordinary people as bigots, racists and too stupid to know what’s good for them is never a good look; especially when they do that to each other anyway. So what do we have left?

Identity politics is so risible as to appeal pretty much only to eternally blinkered and narrow-minded; that ramshackle, rag-tag army of LGBTQI-plus-plussers and their hangers on. Allied with the ultra-feminists, the islam appeasers, the Jew-haters, various-shades-of-lives-matter and the look-we’re-so-not-Nazis-we-even-called-ourselves-anti-fascists agitators, the sheer contradiction of their multiple stances makes for an ugly coalition that should ensure the Labour Party remains in the wilderness for a generation or more.

It’s not even certain that Labour could unseat Theresa May any more and in any case the Conservatives are quite capable of doing that all by themselves. Schism is in the air and as for branding, the Tories have long since lost the seal of approval as far as running the economy is concerned (and for quite a long time that’s all they’ve had). Nobody watching with any interest can seriously believe that the current crop of politicians has the first clue about running, well, anything, really. 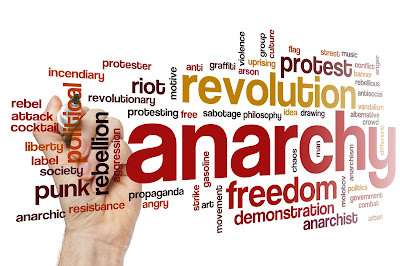 So, your serious choice right now is ‘none of the above’. I’m guessing that come the next election nobody is going to see a majority from a derisory turnout. But when big brands disappear the gap in the market is soon filled and in the true spirit of enterprise, expect to see a plethora of new offerings to dilute and dissipate those votes. Single issue parties, ultra-minority collectives, freak-show candidates and voters so fed up to the back teeth that they’ll vote for anybody but the same old brands. Regardless of Brexit, politics is broken and this time there is no happy status quo to protect. Coke or Pepsi? It might just be Irn Bru. Or Tizer... or Umbongo.
Posted by Batsby at 08:25

Email ThisBlogThis!Share to TwitterShare to FacebookShare to Pinterest
Labels: Political chaos, the death of poltics