I am Womxn hear me Roxr

There has been some hilarity this week over the Wellcome Collection’s backing down over the use of the alternative, unpronounceable and numeratively unclear spelling of a formerly inoffensive collective noun. “‘Womxn’ is apparently a relatively common term on US university campuses, as it ‘allows space for individuals who identify as genderfluid, genderqueer, gender non-conforming, or non-binary,’ according to the Daily Dot website. The ‘x’, we are told, ‘opens up the free-human-woman concept to include trans women’, since, of course, ‘woman’ excludes such people.”

Lucky people, eh? Lucky? Well, if the most important thing to you is whether you are politically correct enough, inclusive enough, diverse enough, accepting enough and you have the time to thoroughly steep yourself in gender studies and other confected fripperies, you probably have it pretty good. I guess when all your material needs are met you just need to complete the tick-list of fulfilled spiritual wants and you’re good to go. Please go.

Then there is the BBC’s intention to challenge ‘heteronormative’ culture at the corporation. Whaaaat? You want us to wear badges now?  You need special shorthand so that you can identify fellow sufferers, sympathisers, friendly non-combatants and what, the enemy? Should all the straights perhaps wear yellow stars, would that make it any easier? I have no problem with people expressing their desires, their differences, their hopes and even their crusades, and badges are as good a way as any other, but the problem with minorities these days is they will not rest until theirs is the majority view.

If a minority who perceives it has been persecuted can so arrange things that the majority are punished for their ordinariness how the hell does society ever manage to come up with a set of rules that are fundamentally fair to all? This whole business of identity politics is a symptom of the madness of atomised thinking, fractured societies and the breakdown of traditional structures in the quest for inclusivity, diversity and equality – all of which are singularly incompatible with each other.

You patently cannot have diversity AND equality and the wearing of badges strikes me as more exclusive than otherwise – or should we wear multiple badges. How about we wear no badge and perhaps judge people – for judge we must – on whether they’re a dick or not, rather than whether they have a dick or not? Why does everybody have to come out and declare an allegiance or worse, be forced into adopting an apparent allegiance they simply don’t feel? Can’t people who work at the BBC or go to university just be allowed to be who they are without having to constantly bear colours? 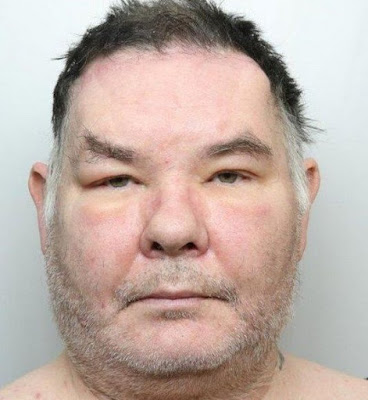 Karen White - because 'she' says so.

I blame Freud, with his crackpot mummy/daddy issues and somehow legitimising the hocus-pocus of cold reading as settled science. And once again it began with the chattering classes – the devil makes work for idle hands and all that. We used to have unwritten codes of behaviour in Britain which meant difference was largely tolerated. Now we have actual written criminal offences which demand they be obeyed. Can anybody spot the differxnce?