It’s behind you! Oh no it isn’t! As the press pack crowd together, totally abandoning any pretence at social distancing, but knowing full well that their transgression will be ignored, they focus on the minutiae of events of six weeks ago. Just like a pantomime plot, their aim couldn’t be more transparent; harass and hound a man they hate until he snaps or is snapped. But this man is not for snapping, it seems.

The media is the message. This isn’t anything to do with seeking the truth. This is blind hatred and possibly fear of one slightly built man who yesterday comprehensively shot their fox. The press conference really should have been the end of it, but in any pantomime a willing suspension of disbelief is necessary to endure the hackneyed script that we have heard a thousand times before. Our fox cannot be dead, they cried, for we have not been satisfied.

Today the pursuit continues unabated. Disaffected Tories join with the remain establishment and the unruly gallery does its best to drown out the voices onstage. By now, Mr Cummings is at least as vilified as Charles Manson, or perhaps Anders Breivik. I mean, he was already ‘literally Hitler’; a super-villain for the social media age, a Moriarty to the Meeja’s Sherlock, a Machiavelli for the moment.

But now the story becomes ‘why’? Why hasn’t he stepped down? Why hasn’t he made a grovelling apology to the genius reporters who ‘forensically’ examined all the evidence that he himself actually laid before them? Why hasn’t he shown humility and shame for being in a better position than many who are enduring lockdown in flats and back-to-back houses in northern suburbs? How dare he not break down and beg forgiveness?

Quite simply, because he has no case to answer. I am not just slavishly toeing the Johnson line here; I am no uncritical BoJo fanboy. Others have pointed out that Stephen Kinnock wasn’t censured for visiting his parents, that Ian Blackford took himself over the sea to Skye. I couldn’t care less because none of them endangered anybody. But only Cummings has been so brazenly challenged over an issue which is long past its sell-by date. 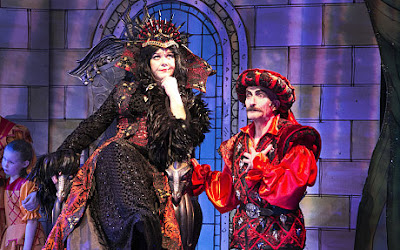 I'm waiting for the ugly sisters...

Now it is the press who have questions to answer. Why are you so afraid of this one man? How is it that you have failed to land a single blow in all your skirmishes? How come the rules and guidelines you accuse him of breaking don’t apply to you? Haven’t you got some actual news to report? Why do you need the country to hate him so much? Will you only be satisfied if your actions cause permanent harm to him and his family? And shouldn’t you all be thoroughly ashamed of yourselves?