I was in Peregrine, my brothers in Hobby and Merlin. The fourth house was Kestrel, as fitting a name of a house in a Yorkshire grammar school as one could wish for. I don’t recall our required political leanings, but our school motto was Victor Qui Laborat, instilling in us a lifelong recognition that real success comes from toil and not from empty virtue signalling.

The house system promoted competition, a sense of pride and a desire to win, instincts which we are nowadays berated for possessing. No doubt today, naming school houses for birds of prey would be seen as elitist and ‘reactionary’ and promoting hard work and success as discriminatory. Why not be inclusive and progressive and name those houses for the many distinguished BAME figures in the town’s history?

Well, about those inspirational dusky exemplars… er let me check. Nope, not a one. Much like our national history the only impression made on the town by anybody other than its white forebears was made by post-war immigrants, to wit, the Hung Moey (nicknamed the Hung Moggy, naturally) Chinese restaurant, which appeared in the 1960s. Some decades later an Indian takeaway appeared. And then, later still, inexplicably, a halal abattoir which was shut down on animal welfare and hygiene grounds. Don’t say we don’t understand diversity.

But at least we never had our faces rubbed in it, as larger cities have had. And the school retains its predatory house names. And judging from photographs on its web site, continues to remain disgustingly white, although, in readiness, they do have a nominal ‘inclusion unit’ but as yet no content to share. Long may it continue. The pupils graduating from this school will be rounded, grounded, normal and level-headed. And while this may poorly prepare them for life at major metropolitan universities, it will stand them in good stead when faced with the ludicrous excesses of the whole diversity industry.

And it is an industry; not in the sense of producing anything useful, but in providing rent-seeking means of income for malcontents. I mean, we are currently in self-declared Lesbian, Gay, Bisexual, Trans History Month. A whole month, you rightly ask? Even taking the diversity alphabet soup as a whole, I doubt they have a ‘history’ worth recounting beyond the odd afternoon seminar in some gloomy right-on junior common room. 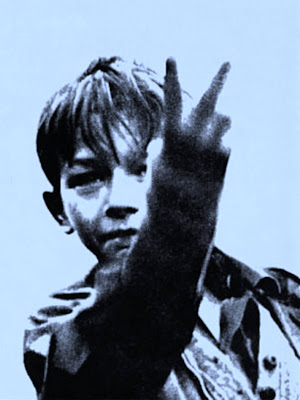 Am I, therefore, a bigoted transphobic, homophobic, right wing zealot? If I am, I’m in good company. Because although the likes of Wirral Police and other unthinking hostages to the whims of victimhood keep flying their flags in our faces, they are but a very thin rainbow line. The rest of us, the normal, white, straight rest of us can carry on being as hawkish as we like.