The Russians Are Coming!

While rational conspiracies undoubtedly exist – to collude, to hide the truth, to smear, to monopolise, to maintain power, to unseat power - most weapons-grade conspiracy theories begin with a fallacy. Probably the most fallacious of all are those posited on world-wide mind control, on subjugation of the population. For some reason they believe that wealthy capitalists want us all held as slaves.

Surely, what capitalists want is for as many people as possible to participate in consuming what they produce, whether that be physical products, services, or even just ideas. They have no need of the troublesome and probably expensive business of shackling anybody to anything; humans have shown themselves all too ready to clap themselves in ideological irons. What capitalists want is lots and lots of gullible people with money to spend.

Whether it is politics, race, religion, sport or whatever, humans will quickly adopt a tribe, and once that tribal bias is formed it is a rare and exceptional individual who can fully break free of the biases it brings. Being rational, thinking humans of course, we instantly dismiss any rebuttal of our concerns as evidence for the same concerns. After all, if we are so unimportant, why would anybody take the time to try and deconstruct our fears and our antipathies? But if, tight-lipped, the supposed conspirators refuse to debunk the theories, that must itself be evidence of a cover up.

And just as ready as we are to accept complicated explanations that confirm our preconceptions, we are quick to dismiss simple explanations that go against them. And so the perfect conditions for disinformation, it seems, are baked into our very nature. Offer somebody the hand of friendship and a body language expert will manage to turn that honest gesture into a deceit. Show the receipts and somebody, somewhere will concoct supposed evidence of a forgery. In a reversal of Occam’s fine razor, the simplest explanation suddenly becomes Russian meddling.

Maybe we want to believe we are cleverer than we are, and that any simple solution has to be the smoke and mirrors of the media? In a world where we have been persuaded to assume that malevolent intent is behind every person in office – shilling for the elites, being useful idiots for the communists – we have lost the concept of simple trust. Does the homeless man on the street corner assume that every coin in his cup is somehow proof of the plot to keep him down? 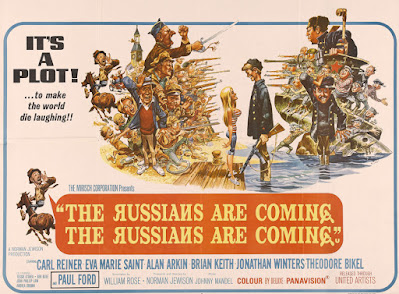 Perhaps there is nowhere a more insidious twisting of the human psyche than the promulgation of critical race theory. ‘Ebony and Ivory’ was released forty years ago, for goodness’ sake, and yet here we still are. And with each passing year, white people – a minority in the world – are more boldly painted as the bad guys. No matter what concessions are made, apologies offered, or reparations paid, it is not enough. To be white is to be racist, and to try not to be racist is more racist still. I reckon the Russians are behind it all, mark my words! 😉