You know comedians, right? If somebody mentions, say, Billy Connolly or Jasper Carrott, or Micky Flanagan, or Ken Dodd, or Lee Mack, or Jimmy Carr – and the list goes on – you smile, you recall their catchphrases; you may even recite some of their material. “Don’t mention the war! Going ‘out’ out. Ooh, you are awful…” But say the name Robert James Blair Simpson, aka Rufus Hound, and what is your immediate reaction?

Oh, come on, you know the fella – he sometimes wears a wacky moustache. It makes you want to like him – if the moustache has that much personality the wearer should surely radiate charisma? Nope, you say; who is he, what has he done? Anybody? I suspect that among the more assertive respondents he is more renowned for being an insta-blocker on social media than for any oeuvre of note. Give me one joke, one monologue, one catchy phrase… just one.

He seems to be one of those people who are ready at a moment’s notice to fill a gap on a panel show, following a late cancellation by somebody funny or famous. The kind of guy who is always skulking about at oxymoronic events such as Comedy Relief. An also-ran, forever willing the phone to ring so he can say yes to yet another opportunity to pocket a fee on false pretences. Comedian? The joke is on us.

But he is also, in his own small way,  a champion for social justice – aren’t they all, the fame hungry with little else to offer? And now he is squaring up to Andrew Neil, pitting his excruciatingly and mundanely imitable wit against the real thing. What is his objection? That Mr Neil has dared – dared, I say – to misappropriate a word. Actually, I am too generous in calling it ‘his’ objection because in order to express it he had to use an idea already voiced by many others. Let’s catch you up.

On Good Morning Britain, Neil explained that, contrary to the ridiculous claims of the group ‘Stop Funding Hate’ (Oh the irony!) there ‘will be no hate’ on his channel. He went on to say that it is the ‘woke group’ which is enforcing a cancel culture in opposing the launch of GB News. Woke listeners reacted furiously – of course they did, it’s what they do – taking to Twitter to hatefully tell him how hateful he was, in hatey words… of hate.

Andrew responded “The original definition of woke is out of date. As a "concern for social justice", nobody could object. But it has morphed into a cancel culture that seeks not just to disagree but to close down ideas and people with which it disagrees. Insidious.” Cue the entrance of our freedom fighter, the ferocious Rufus who responded with what he thought was a clever redefinition of AF Neil’s tweet: “People who have a concern for social justice coined the term woke, so we - the people who can't face being confronted by what social justice looks like and hate being ignored - have redefined it as a pejorative.”

This is neither original nor particularly clever, and coming from a ‘comedian’, working in a genre where credit is demanded and plagiarism derided, utterly lacks the edge that somebody like Ricky Gervais or John Cleese would have given it. You see, comedy is so much more than repeating other people’s words; it is investing words with real significance… and, ideally, actually making people laugh.

Over the last 48 hours there has sprung up a debate. Where did the use of ‘woke’ come from? What does it really mean? And why does the left think it should have a monopoly on the approved use of words? Ultimately, words are just a codified way in which thoughts get out of our heads and into other people’s. Language changes as words are claimed and reclaimed, warped and bent out of shape and the pejorative use of ‘woke’ is as valid as any other. It is actually an immediately recognisable shorthand for what might otherwise take volumes to express. 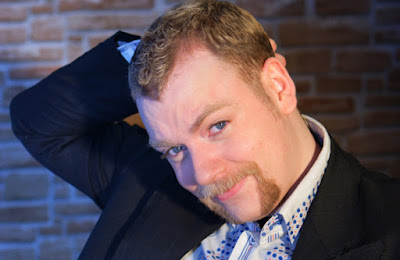 Add a funny caption... Rufus couldn't think of one.

It’s a debate worth having but concluding that the other side has no right to mangle or ridicule your slogans has no merit whatsoever. Rufus has continued banging on about this issue but everybody has already tuned him out, much as one would do had you the misfortune to attend one of his gigs (Comedian? Seriously?) If it isn’t already a famous stolen quote I would advise him, “If you have nothing to say you had better keep it to yourself”. Rufus Hound? More like Rufus Who.