All White on the Night

We need to be more white, a recent report concludes. The report, after extensive research into the socio-economic make up and multi-ethnic structure of the United Kingdom was commissioned, by me, to shine a light on the routine discrimination faced by white people. The findings are based on observation, careful interrogation of tribal narratives and scrutiny of the falsehoods spawned by a vested interest in obscuring the truth; or what used to be referred to as the bleeding obvious.

Open your eyes and look. The bleeding obvious is, well, it’s bleeding obvious, isn’t it? Given that nobody is going to defend white people from the relentless assault on our ethnicity, one could be forgiven for wondering whether it is worth even being white, but it turns out there is little we can do about it. I very much doubt that blacking up would help, in the current febrile climate, so don’t do that. Instead, it’s time to start actually celebrating the wonderful white diversity we bring to these islands.

Whiteness is nothing to be ashamed of, in fact it is something to salute. Although a search through the modern history books reveals little, it turns out that every single historical building in the realm was designed and built entirely by whites. Every last one. The roads and railways and canals which were central to creating wealth are towering and enduring achievements of raw white muscle. The law, education, etiquette and the general civilised functioning of society; all white.

They have Black History Month, we should celebrate White History Millennium. The galleries, the theatres, almost all literature and the massive majority of cinematic wonders are wrought by white minds and hands. When we are brought together we can achieve things that those of other ethnicities can only gaze upon with envy; flight, ocean navigation, personal transport, gainful employment, communication, computers, space exploration, world trade... Almost nothing we rely on in the modern world would exist if not for the white people who created it.

There is much talk of de-colonising the school curriculum, of blackwashing history, of dismantling systemic white bias in everything. But, you know why there is systemic white bias? Because we fucking built everything; one would think others would be grateful. Instead they are hypocritical because, while demanding we change all that – in their analysis – discriminates against non-white faces, they also insist that we actively favour black over white in every respect.

They’re not redressing any balance, they are systematically dismantling a civilisation developed over centuries and replacing it with a ramshackle collection of ill-thought and discriminatory knee-jerk polices. And worse, they are aided and abetted by those white people who are far too clever, and far too ‘well-educated’ to see what is right in front of their noses; the absolute annihilation of their race. 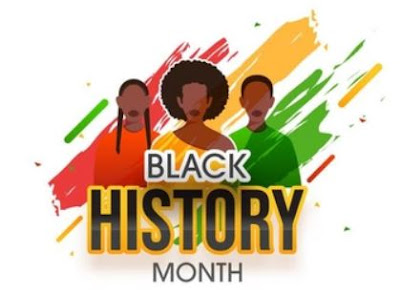 So, this Easter weekend let us take a moment to consider how very fortunate we are to have been born into one of the entire world’s most tolerant, intelligent, thoughtful, inventive and industrious peoples. Without the greatness of Britain, built entirely on white endeavour, the world today might be a very much poorer place to live. But let’s not be too ostentatious in our celebration; let’s instead spend a quiet minute to appreciate our true glory. In short, let us be wonderfully white about it.

Email ThisBlogThis!Share to TwitterShare to FacebookShare to Pinterest
Labels: black and white