Pleasingly, the predictable response of the new left – by which I mean the identity-driven, proto-communist, useful idiot left – to the report from the Commission on Race and Ethnic Disparities, is to scream Uncle Tom at every non-white person on the panel. Ash Sarkar helpfully tweeted “A government who doesn't like it when people say institutional racism exists appointed a panel of people who don't believe institutional racism exists, and they've produced a report which argues that institutional racism doesn't exist.”

Shame that the same degree of scepticism wasn’t levelled at the ‘Nope, no anti-Semitism here!’ inquiry into the Labour party which then immediately whisked the whiny Ms Chakrabarty off to the House of Lords. Not a murmur of dissent, not a raised eyebrow, not a single challenge to the elevation was heard. The left at least know how to stick together, defending each other against the indefensible.

The disgusting racist, Shola Mos-Shogbamimu , a lifelong black supremacist decided that the chair of the commission, was a ‘token black’, a charge which, had it fallen from white lips, would have attracted censure, outrage and possibly violence. And this is the difference, isn’t it, between ordinary people who genuinely wish to rub along nicely and fantasists like Shola who thrive on conflict. People whose entire raison d'être is to foment hatred.

Because the real racism, as we have learned over the last few years, is not the discrimination by whites against persons with different ethnic origins, but a concerted attack on whiteness. You can’t open a newspaper, watch an advertisement, search the internet, or quietly try and absorb television or radio without being aware of it. Under the pretext of trying to attract a wider audience, white culture is being ostentatiously removed from some forums.

White people are to blame for all the world’s ills, but never to be praised for all the world’s ability to function. It is not enough that we created the means to alleviate poverty and donated it freely to the developing world. We are now to blame because the developing world has failed to explore the paths we cut for them. We are to blame because instead of using what we showed them they decided, instead, to beat a path to our door and demand we do it for them.

None of this is about equality, or white racism; there is no white supremacy to be found outside a few small cabals of idiots who are just as much despised by the white society they do not represent. And for all the clamour, for all the fawning over by media outlets, people like Shola Mugabe Umbongo and ‘Tash Sarkar do not represent the black community either. 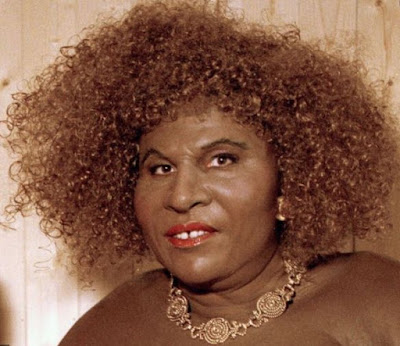 Doctor Shola will see you now...

‘Doctor’ Shola might like to take a leaf out of another doctor’s book and instead of forever trying to perpetuate the hate industry she has partly created and from which she profits greatly, start to judge people not by the colour of their skin but by the content of their character. At Easter, a time of renewal, a time of forgiveness for betrayal, she might, for once forego the thirty pieces of silver and try instead to just be a decent human being.