Over the weekend a conversation at work was had regarding the Batley situation as, once again, the nation of islam, by not denouncing the cavemen protesters, tacitly stands behind them. A colleague said “You can’t blame muslims; that’s ridiculous and wrong. Christians in the USA are just as bad.” Fair enough I replied, I hereby denounce all Christians demanding the beheading of non-believers. Then knowing said colleague is a former card-carrying communist and long-time hard left Labour supporter I asked where he stood on the Jews.

“That’s completely different” he opined, “It is well known that the Zionists control world trade and banking and oppress the people of Palestine.” And there we have it; this is at the heart of many of our problems in public discourse. Too few take the time or have the mental capacity to examine whether some of the qualities of those they hate so much are actually of any merit. Thus, if you hate Boris Johnson, nothing – not one thing – the man does will elicit anything other than opprobrium from you.

I don’t know Boris Johnson personally, but, in common with many, I have in the past, found him a shallow, ego-driven, faux-eccentric, manufactured, buffoon-like figure, who periodically bloats into to a balloon-like figure of foppish mediocrity. There; for the avoidance of doubt, like many who have never met him, I imagine he is not my kind of guy. Yet I can’t help but recognise that were this entirely true he wouldn’t be where he is today. I can appreciate how he lights up a room in a way that most people who seek public approval never do. I mean, take Ed Davey… no, really.

I doubt that Boris and I would get on, but whatever my personal impression of the man I simply cannot countenance the ludicrous portrayal of him as some sort of Machiavellian overlord. I was blocked on Twitter yesterday by somebody expressing their considered opinion that by heading up the government which has recently extended the coronavirus legislation, with the democratic approval of almost the entire House of Commons, he was ushering in a dictatorship. Dictator? I checked: “…a political leader who possesses absolute power.” Hmm…

While not a fan of personality cults, I feel bound to point out that few world leaders and even fewer dictators are routinely and almost fondly referred to by their first name. Boris. Hardly a stand-out British name is it? And yet there he is, a duly elected Prime Minister about whom everybody has an opinion, few of them flattering, who seems more concerned that people should like him than that they should fall on their knees before him. For a dictator he’s not doing an awful lot of quality despoting, is he? 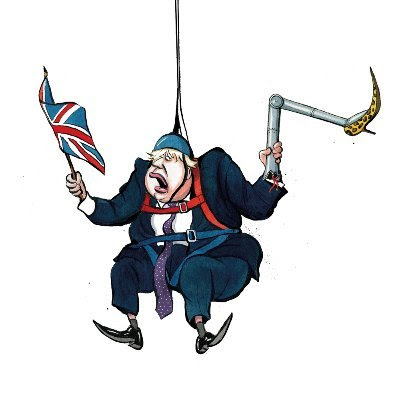 But there they are, the detractors; the anti-lockdown, anti-mask, generally anti-Tory brigade, and they do rather go in for a spot of hyperbole. But where does that get us? I mean if Boris is ‘Literally Hitler’, as somebody actually tweeted yesterday, where do we put Jeremy Corbyn – literally Mao? And as for Keir Starmer, why, he makes Corbyn look positively charismatic. Perhaps we should insist all future PMs have the presence of, say Herman Van Rompuy. Who, you ask? Exactly.