Wherever you look today there is conflict. And much of it is entirely unnecessary. Woman against man. Trans-woman against born-woman. Black against white and – as always – youth against age. But unlike at any other time in my life, the depth of feeling is beyond mere restlessness. There have always been such tensions, and many more, but right now there is an ugly, visceral feeling of loathing; of self, of others, of ideology, of faith, of life itself.

The human race seems to be intent on waging war on humanity in any guise it can don. Live and let live is an aphorism of a bygone age as, one by one, the tiny minorities gain a foothold in the current vogue for the taking of offence and the demanding of reparation. I’m hurt so somebody must pay, seems to be the common theme. And who must do this paying? Why, white men of a certain age, comes the chorus.

White men who have supposedly benefited from ‘privilege’ throughout their lives must now forfeit every last vestige of that imagined privilege in order to atone for something they have never had. Yes, the most powerful figures on the planet are a very few white men. Jeff Bezos, Elon Musk, Bill Gates, Warren Buffet et al, are, indeed, white men with immense power and privilege, but I think you’ll find they appreciate their good fortune and have not earned it at the expense of others.

Nor do they have any overt ambition to become the evil overlords that many assume them to be (except maybe the ‘Technoking’ at Tesla). But look, with the exception of Musk, they are invariably old white men, a literal dying breed. The most financially successful media personality is a woman – Oprah – and snapping at the heels of all this white privilege are countless aspirants of colour, many of them of the female variety.

The old white man’s days are done. Over. Soon the world will be run by a diverse tidal wave of mediocrity, because that, it appears, is what the world wants. On a planet where Jedward (for fuck’s sake) think they can legitimately demand that Churchill is uprooted, and be cheered for the sentiment, anything could happen. When the world is run by the likes of Shola Mugabe Umbongo maybe the current crop of protesters will begin to understand what they have lost.

Or maybe not. Maybe, in a few generations when the last few white kids are being compulsorily sterilised they will meekly accept that this is final payback for their sins. In certain quarters one drop of ‘black’ blood is considered enough. Could the same be said for all the other groups clamouring for special treatment? How about we all get dosed with a pint of blood from a communal, everybody-in blood bank? Will that help, do you think? 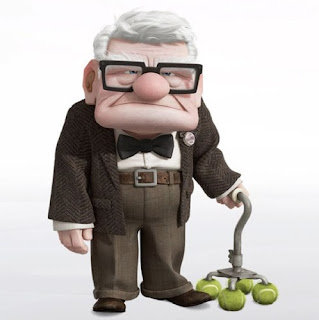 The only way is up?

The fact is, the malcontents, of whatever flavour, are fuelled by a love of chaos, exemplified by the rioting, wanton destruction and violence that all too often accompanies protests which are supposed to be about healing and unity. If the last couple of decades have taught me anything it is that whatever my personal circumstances, whatever my feelings, whatever I might be able to contribute to a national debate, as a white male, of a certain age, I have no seat at the table, no stake in the future. I hope you all enjoy what comes next.