When I was young, I’m sure the word sleaze meant dirty, obscene, perverted, disgusting, and any other words that could be used to describe a morally disreputable character. I always associate the word with sexual impropriety, such as with middle-aged men leching over barely-legal teens, or the haunting of the dungeons of deviant Soho. Even as I approach retirement age I still can’t quite get used to it being used instead of graft.

Graft is generally described as “The act of getting money or advantage through the dishonest use of political power and influence.” Or “The unscrupulous use of a politician's authority for personal gain.” Surely this is a far better term to use when describing the alleged shenanigans of MPs, PMs, even, when it comes to money power and influence? Sleaze, it seems to me, oozes slime and sweaty lechery far better than it expresses anything else.

But of course, semantics are the least of our concerns when, as is now more often the case than not, the two main parties in British politics are locking horns over genuinely minor issues of deportment in public and personal life, instead of engaging in fierce debate over policy. Long gone are the days when the public expected impeccable character of their betters; now we just want some idea of what the parties stand for.

As far as I can tell the Labour stance is simply to oppose; whatever the Tories are doing it is wrong, or not hard enough, or not deep enough, or not fast enough. It is as if the entire Labour machine is now devoted to slagging off the Tories and in so doing bringing themselves into disrepute likewise. Let ye who is without sin cast the first stone, etc… Please, for heaven’s sake, stop giving Boris and company such an easy ride and get on with some serious thinking about why anybody would want to vote for the exact same thing.

While some voters will cast for Labour no matter how corrupt they have become and some will cross their box for Conservative out of sheer desperation for fiscal prudence, knowing there will be none, the fact is there is little to choose between them. Both are Green in their toothless, clawless incompetence, and both will readily sacrifice the independence of the electorate in the search for approval from the noisy pressure groups for climate action, diversity and the legions of equality cabals. 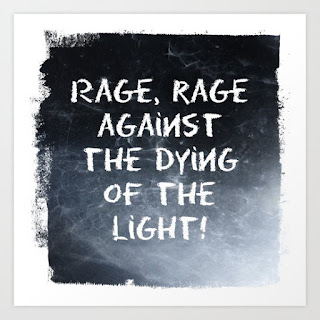 And while many who are engaged in the wars of words on social media predict a sea change in domestic politics I just see more of the same. I have been seeing more of the same for thirty-odd years and I don’t expect any form of revolution – other than the impending islamic one – any time soon. Do not go gentle into that good night, they say, but we have already gone. It’s every man for himself now.

Email ThisBlogThis!Share to TwitterShare to FacebookShare to Pinterest
Labels: Sleaze