Publish and be damned

The Duchess of Sussex, who has possibly no idea where Sussex even is (and apparently has no desire to ever set foot there) is to have a children’s book published. I can’t imagine how utterly dreadful it is likely to be, so it's just as well that a couple of pages have been released on preview… and now we can all see how utterly dreadful it actually is.

The worst of it is, though, that instead of shunning this blatant piece of characteristic self-publicity, certain wrong-brained sectors of society will lap it up. Books written by the fame-seeking classes are invariably consumed by semi-literate non-achievers. It’s a classic pairing and one which has gone from strength to strength as world intellect has been diluted and the planet grows ever dumber.

It is no wonder that western societies insist on voting for ever more dysfunctional governance when they can’t tell charlatan from scholar, poseur from potentate, arsewipe from artist. The right to vote ought to be based on certain such decisions; your choice of celebrities at whose feet to worship should at the very least limit the weight of your opinion. Let’s say your ballot lose 10% of its validity for every vapid fad you follow.

According to ‘climate scientists’ we are up shit creek without a paddle in sight. The planet is going to burn and take all your children’s children with it. Your modern conveniences must be curtailed towards negligible, and you will be reduced to scratching for an existence, let alone a living. The lights are going to go out and the third world is going to be poisoned with cobalt and forced to live atop rising mountains of our waste products simply for being born in the wrong place…

But you want to idolise Me-Again and Prince Whiny? I’m trying here but finding the words to express how much this appals me is proving an impossible task. There are authors in the world who agonise over their craft, spending years in creating art from alphabet and weaving tapestries of light and enchantment, who barely make their mortgage payments. How must they feel when all a gobby ingrate needs to do is cobble a few dull words together and a book deal miraculously appears?

There are many events, occurring daily, which show the extent to which the formerly civilised world is conspiring in its own demise but this sort of shit takes the biscuit. Retreating from public life and duty, only to use that profile with impunity to further your own ends is the kind of breath-taking hypocrisy we have come to see as commonplace. It demonstrates not only a venal personality but also sheer, uncompromising arrogance. 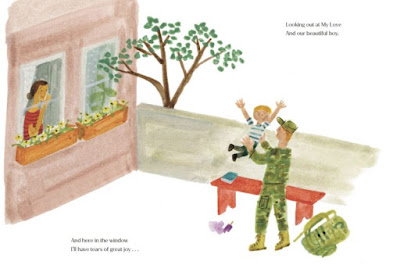 The work of a towering intellect.

How one person can be so blind as to how they are perceived by the majority of decent, honest, working people at whom she snubs her nose is, frankly, astonishing. But if you look around it is everywhere. Expenses scandals, sexual shenanigans, fraud, corruption and graft; the worst excesses of a worsening world are openly flaunted and no shame shown, no accounts held. We really are going to hell, aren’t we?