I heard a Tory Party spokesperson on LBC saying she ‘welcomed’ the report suggesting that the Conservatives may be insensitive to muslim communities. She welcomed it because it gave the party an opportunity to address the issues. For my part I am absolutely delighted, but I doubt very much that the party will have the guts to properly address the issues, as big a vote winner as that might be.

For communities in the working class areas aggressively colonised by the islamic assault on our values, the option of voting for a party ‘insensitive’ to the invaders would be a welcome change for the better. Even better yet, were the Conservatives to come out as explicitly and robustly anti-islam, they may never fear losing power again.

One of the reasons the so-called Red Wall is collapsing is precisely because Labour has wholeheartedly embraced the Trojan horse of islam and brought it into the citadel, where it is already engaged in sprees of rape, threats of violence and terror, and demands for special treatment. Labour councils have been all too willing to welcome the graft and corruption that islam brings and the fraudsters have been given the keys to the town treasuries without a fight.

Boris has apologised for ‘offence taken’, a mealy-mouthed platitude, but why apologise at all? And as for Sajid Javid, who called for this ridiculous navel gazing exercise, far from being any sort of victim he is himself an example of muslims being promoted beyond their competence precisely because of his background. Meritocracy, my arse; show the brown card and stand in line for your honours.

Call me what you like, but I believe that the Conservatives should rebrand as the unabashed party of the English. Fair and even-handed, stoic but determined, and resolutely against all who seek to subjugate us. If muslims want to adhere strictly to their faith, this is a distinctly un-British thing to do and it does not belong here. Why should we tolerate the intolerable?

On the other hand if secular islam is indeed possible, then abandon your stupid clothes, translate your holy book into a modern language, get your grasping hands out of our pockets and off our daughters and embrace the twenty-first century. British muslims? No such thing. The British are not religious but observe the harmless values and traditions of low Christianity. 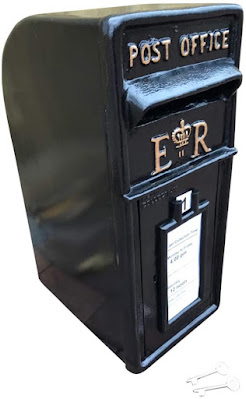 If muslims really want to belong here they should leave the desert behind, demolish their super-mosque fortresses, convert to Anglicanism – a religion where a belief in a non-existent supernatural entity is far from a requirement – then turn their back on that church in turn and get down the pub, like everybody else. Fit in, or fuck off. Whatever else they may have screwed up, the Conservatives have nothing to apologise for when it comes to muslims.