And so it goes. The marchers, the protesters, the placard-carrying anti-maskers, anti-vaxxers, anti-everything brigade are out in force again. And for what? When did protests on the streets of London make any difference? Poll Tax, you say; okay, I’ll reluctantly grant you that. That protest did reverse an eminently sensible policy, poorly sold. But in general all marching really does is reinforce your already cemented beliefs.

Beliefs in quack science, or quack politics; belief that a lone attention-seeker with a simple theory – no matter how questionable - offers a more credible truth than a battalion of scientists, with all their annoying nuance and subtlety and complexity. Conjure up a few barely credible expert witnesses and whistle-blowers and enlist the odd high profile media figure and your alternative version of reality suddenly has wings.

Yesterday, a social media mob of the self-regarding virtuous was out in force, enthusiastically promoting one of their causes célèbres with their annual embarrassing mournfest. The death of Jo Cox, a largely unknown MP from a substantially unheard of constituency, was a godsend for the forces of chaos. And just as with the various confused messaging of the we-won’t-stand-for-this-even-though-we-don’t-really-understand-what-it-is lobby, the anniversary is always hijacked for political point scoring.

In the case of Cox it is the regular airing of an unproven fear of the rise of the far right. Voltaire said that if god did not exist it would be necessary to invent him, and so it is that supposedly modern man still finds it necessary to concoct tales; comforting, simple lies that detract from addressing the uncomfortable, inconvenient truths. The far-right bogeyman is so risibly absent of evidence that it may as well be regarded as a mythical beast, whose many imagined heads are utterly toothless.

One thing has become very clear to me over the last few years of watching polls and politics and seeing the antics of various factions: Mankind does, indeed, seem to need an idol to worship and enemy to abhor. For quite some time now, the fairy-tale believing forces of the left have had an unprecedented tilt at the pragmatic majority of the population, unaligned as most of them are with any particular ideology. Nature, they say, abhors a vacuum, so what better way to fill it than with vacuous soundbites and meaningless slogans.

Repeated often enough, a fabricated assertion that the never-materialised far right threat is far worse than actual exploding islamists, that the cure is worse than the disease, that the left are the saviours of social justice, that the government of the country is somehow in open warfare against its citizens… takes on a credibility that it has not earned. But do I detect signs that the influence of the perpetually offended is on the wane?

There is more than a hint of desperation in the attempts by the pedlars of lies and political fictions to persuade advertisers to withdraw from the new platform GB News. So terrified are they that people may get to hear ‘things they should not hear’ that it has all become something of a joke. Even as woke PR departments knee-jerk react to the calls to boycott, formerly disengaged customers are suddenly hearing that their preferred brand has a political agenda. Nobody wants that from their skincare supplier; nobody wants that from their flat-pack providers. 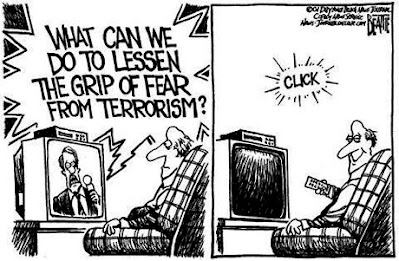 Maybe it is a forlorn hope on my part, and maybe I am more optimistic than the reality warrants, but maybe – just maybe - the relentless influence of the left is starting to wane. The lockdowns have given more opportunity than usual for people to reflect. Some have been driven to madness by it all, but many have also become informed and possibly enlightened. As the leftist causes have shambolically engaged in the propaganda feeding frenzy of the last year and a half, are we seeing them truly begin to eat themselves?