My mate (I know, I was surprised, too!) was looking at golf club membership. “Wow,” he said, “it’s only £66 a month and you get unlimited golf!” I patiently explained that this didn’t include green fees. “But it says ‘from £66 a month – unlimited golf’. It says it right here.” He passed over his smartphone. A judicious search revealed that if he played three full rounds a week, every week, it would work out cheaper than paying the higher rate of guest fees.

Undeterred he went on to say “Ah, yes, but I’d be a member!” And of course, I then asked him why he would want to be, at which he was a little stumped for an answer. Priority booking? Yes, but then as we generally play twilight rounds after work and it was rare that we couldn’t find a tee time, this was hardly the decider. Eventually he concluded that maybe membership right now wasn’t that big a deal but later, on retirement, it might make a lot more sense.

And this is the world we inhabit, we humans. A world where assumptions can lead us to bad decisions. Or where too readily accepting at face value something we are told, either directly or by word of mouth, can lead us to erroneous understanding. But we don’t always have an inner voice, or indeed a human sounding board, to caution us against those hasty assumptions.

Which is why I was somewhat bemused to see a Tweeter assert, unchallenged, that Matt Hancock had literally said that if you were not vaccinated you would not be eligible to be treated by the NHS. Now, I have no idea what was actually said, nor do I care, but I do know that such a statement would be an absolute end to anybody’s political career. I mean, despite all the calls over the years for it to be otherwise the NHS will still treat you for all manner of self-inflicted maladies; smokers, fatties, the stupid…

They are certainly not going to deny you treatment for an aversion to taking a prophylactic, no matter what your reasons. After all, they will even fix you up after you have made serial botched attempts to fix it yourself – homeopathy, crystals, diet fads and the like… even blind faith – all of which can sometimes make the original disorder magnitudes worse. So let’s have no more of this nonsense (he said, naively).

But here’s the problem. It’s all about ‘freedom’ and for some they imagine they grew up in a free society, where everybody could pretty much do as they pleased without restraint, up to the point where their behaviour infringed other people’s liberties. I don’t really see all this as any different, it’s just that the boundaries of where your activities affect others has changed. Today even words can wound, apparently.

As with many other issues in the time of covid, I am not going to adopt a position on so-called vaccine passports; I am merely going to ask, why not? We carry a licence to drive, a passport to travel and various other identifiers which allow us access to money, public transport and boozers; if such activities demand assurance of our credentials, is it wholly unreasonable that some businesses might want to scrutinise who uses their services?

As with the golf club, full membership confers rights which turning up uninvited does not. In fact, to keep out the riff-raff, why would you not want a high bar to entry; what’s wrong with a bit of exclusivity? It strikes me that we could apply this general notion to society as a whole. In fact, we once did; people understood the rules, generally played by them and trusted people in authority to exercise their power, if not always wisely, at least evenly.

Of course, there is that tiny issue of trust in power to be dealt with; over the last few decades people have grown more and more suspicious of government intentions, even as governments have paid more and more attention to how they are perceived. Demands from some quarters for more government involvement in society are often at odds with the same people’s demands for this nebulous idea of freedom. 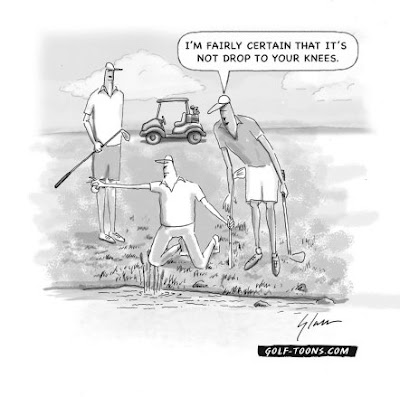 Nothing is ever as simple as those demanding action think it. Freedom from vaccines is traded with fear of illness. Freedom from hurty words comes with a duty to watch your own language. I have no specific solution to offer; I know that what suits me won’t suit everybody. I merely point out that we trade freedom for security and safety all of the time. And this isn’t just about covid; it’s about everything. Whatever it is, don’t join the club if you don’t want to abide by the rules.

Email ThisBlogThis!Share to TwitterShare to FacebookShare to Pinterest
Labels: Covid and more, Rules