The Labour stronghold of Hartlepool has, as expected, fallen to the Conservative and Unionist Party. The ‘hated’ Tories took 180% more votes than the incumbent socialists, who only narrowly hung on last time round because of the Brexit Party taking blue votes. I say this because it isn’t as if Labour hasn’t had an opportunity to wonder why.

The usual platitudes have been uttered about how they ran a great campaign but, sadly, didn’t manage to ‘cut-through’ on the day. As if they think that they promoted a winning argument but people just woke up yesterday and thought “You know what, I’ll give the other lot a go.” Now come the regular bouts of handwringing, of introspection, of asking each other what went wrong.

Panels will be convened, debates will be had, and ultimately ‘lessons will be learned’. But they won’t, will they? Because, for years, decades now, the working people of this country have been dismissed by the party which was originally formed for them and from them. They have been vilified as bigots and racists – more so every year – for daring to think the way they do. For daring to hope for better. For daring to say out loud the things that Labour do not want to hear.

No working man gives a toss about Palestine, about ‘equality & diversity’ or gender issues. They don’t care about black lives any more than white and they really don’t care for mass muslim immigration, expansion and treatment as a favoured class. For as long as I can remember, the Conservatives have far better espoused the basic principles of ordinary people.

Why have patriotism, fair play and simple decency become anathema to any political party, let alone one founded on the solidarity of the common man? As has been observed by plenty of commentators, including some staunch Labour flag-flyers, the party has become hostage to right-on, but decidedly niche thinking. Standing up for equality is a good thing, but putting the rights of noisy, demanding ultra-minorities above those of everybody else is actually just plain stupid.

And so the stupid, stupid Labour leadership – whoever that might be tomorrow – will continue to listen to every voice except those who could bring them victory. It’s as if they have opened up a pork butcher in the middle of Bradford and still can’t fathom that no matter how loudly they bark their wares they can’t sell a single sausage. It’s as if winning power is entirely secondary to their pathetic, back-slapping, circle jerkery. 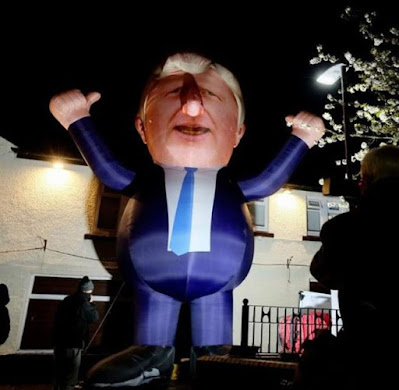 Even as I write this I am listening to a Labour spokesman spouting out the same old tin-eared phrases. “We need to listen to our base; we need to focus on aspiration; Labour needs to reconnect with its lost voters… yada, yada, yada.” I have been hearing this bollocks for years and every time I hear it I know I can breathe easy in the knowledge that Labour is, once again, eating itself. Gobble it up, fellas, there’s a lot of gristle to get through.