Two tests a week, they are now saying. Take two lateral flow tests per week and report your findings via the government website. What could possibly be more reasonable than that, some may ask? But why would anybody buy into it? It’s okay, I guess, if you can work from home, and isolation isn’t an issue, but where does that leave the hands-on wage slave who simply can’t?

And quite apart from all that, given that so many people are convinced the entire Covid thing is either a sinister plot (to what possible end?) or else an overblown reaction to a perfectly survivable ‘flu’, what sort of participation rate do they expect? If, as the conspiracy theorists repeatedly claim, this has all been about controlling you, the idea of voluntary self-testing is the very opposite, given that it is so open to abuse.

Where are the controls to prevent you from simply reporting negative results? Or, even if individual tests were identifiably and traceably allocated to an individual, what is to stop a negative-testing family member from taking the swab? Is there even a way of telling whether the test was taken at all? And as for follow-up testing, would this only apply to those who reported positive? If negative reports were to be similarly investigated, I could see millions just not bothering.

Surely the time for testing was last year, except that a swathe of anti-government propaganda relentlessly poured cold water on the process. It has already cost a lot of money for test and trace to fail; why throw good money after bad? And what incentives do asymptomatic carriers have to possibly risk their livelihoods by getting involved? I, for one, would not readily wish to incriminate myself over a sniffle or a cough.

I am genuinely unafraid of being infected by the coronavirus – I fully expect my body to deal with it as it has dealt with everything else over the last sixty-odd years – but I have watched a lot of formerly sane and rational people thoroughly lose their minds over it. My natural phlegmatic approach to much in life finds the hysterical over-reaction almost amusing and more than a little curious. It’s certainly not a British way to go about things.

I have steadfastly refused to adopt a position on lockdowns, travel restrictions, vaccinations and the like because I freely confess to being largely disinterested and materially unaffected. I have had my first jab because, why not? And I will happily offer up my arm for the second. But testing twice a week? Not if it might affect by ability to make a living, no. No, thank you. 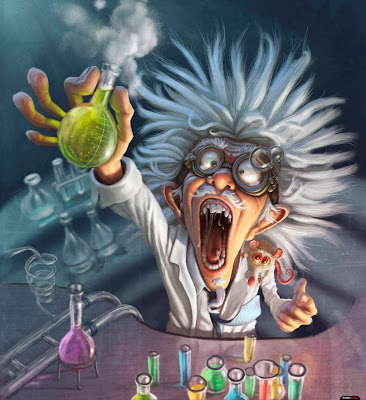 We have it! The cure!

And back to the conspiracies. I fully expect somebody to arrive at the conclusion that the offer of a testing regime is there as an alternative to carrying a vaccine passport, given that they are convinced this is all about making you jump through hoops. (Again, to what possible end?) But isn’t it probably closer to the truth to conclude that in the government’s urgency to return society to safe normality this is more likely simple desperation?