The Wisdom of Youth

When I was young I believed in Father Christmas. We didn’t do the Easter Bunny, but the Tooth Fairy pursued a roaring trade in our household, brought up, as we were, in the era when losing all your teeth by the age of 40 was practically the norm. Naturally, at an early age we discovered that these founding myths of our childhood were just that. But it’s not as if we weren’t susceptible to adopting new mythology in place of the old.

In the nineteen seventies, ghost stories were big business. The Exorcist and its cinematic sequel preyed on the natural inclinations of god-fearing folk to believe in the flip side of the good and evil coin. The devil was real and he was in your child! But as that faded, the fads of the eighties formed around spontaneous human combustion, the shenanigans of poltergeists and those pesky crop circles. All bollocks of course and all beliefs we outgrew as real-life priorities took precedence.

In some, the juvenile beliefs persist; to this day there are adults, some now in retirement even, who still believe in the supernatural, in benevolent faeries and malign goblins, and forces beyond our control. But if you really want to gull large cohorts into singular irrational beliefs in general you have to aim at the young. And the younger you get them the better. Throughout history extremist regimes have pursued the mass indoctrination of young people; willing armies of unthinking drones.

No wonder then, that on learning of the BBC’s Project 17 I was immediately both curious and uneasy. The UN has set what are compellingly called Sustainable Development Goals, which are an easy sell to the naïve, schooled in the lazy language of human rights. Like the Midwich Cuckoos they eagerly parrot the learned responses to the articles of faith, chanting in unison the catechism, with little understanding of what they demand.

Ending poverty, halting climate change, bringing about the nebulous and ever-shifting goals of ‘equality’, and in talking about rising sea levels no doubt intending to turn back the tide itself, there is something other-worldly about their ambitions. But at that age, and especially in the current climes, they have been brought up to believe they matter, that they are the solution, that they are the future.

But children are no more ‘the future’ than are their parents and grandparents. The future contains all of these groups, with the older battalions far better placed to bring about real change. Every child eventually becomes an adult, leaving behind the follies of youth and learning about the realities of responsibility, not just the fantasy of entitlement. If there is hope for these young idealists, it is that they grow out of their myths sooner or later. 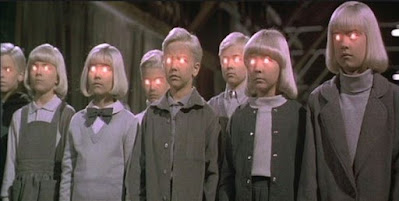 There are reasons we have minimum ages for voting and there are reasons why political movements on the left wish to lower those ages. Call me cynical but as I have aged I have rejected, on the evidence, pretty much every daft belief I may once have held. In a blatant piece of plagiarism, I repeat a joke I stole from Twitter today: A socialist, a climate change warrior, a neo-Marxist and a Project 17 advocate walk into a bar and try to order drinks. The barman tells them: "We don't sell alcohol to anyone under 18.”