Over the weekend I was involved in an intriguing, if sometimes wayward, discussion on the nature of human development, which strayed –as it always must – into the taboo areas of evolution, genes and inevitably (whisper it only) eugenics. No consideration of the worth of humanity can be complete without at least lip service being paid to the possibility of mankind being consciously or unconsciously involved with shaping its own future form. Or are we solely at the mercy of our selfish genes?

Then I came across an intriguing report about child development and how it may be harmed by the too early adoption of unproven educational fads; I’ve warned you repeatedly about this – but did you ever listen? You may have seen the YouTube clip of the baby with the iPad and thought “Aw, sweet” as you watched her try to manipulate a magazine like a screen. Well apparently children are now growing up without developing some of the very early motor skills that allowed us to use our uniquely big brains to dominate the planet. Where will we end up? I bring you a short tale from the future...
------------------------------

So, here we are again, just three weeks to Christmas and so much to do. Fortunately the lights were switched on a month ago, as per tradition, because it’s part of our benefits package, innit? The tech department spent half of October getting the displays ready and programming them in, so now I can control ‘em from my iPad. I can make Santy climb the chimney (whatever that is) while Rudy circles overhead, nose glowing bright red – like in the traditional religious song I remember from when I was a kid, all those years ago. I’m fifteen now, so I am old enough and wise enough to know that the story of the birth of baby Santa is only partly true, but is it always wise to worship him if you want presents.

Years ago, so my ancestors told me, not only would I have had to wait until eighteen to vote, I would have had to put the lights up myself. Sod that for a lark. My Great, Great, Great Grandmother – she’s 82 you know – tells us some wild tales about how they used to just keep them up all year, but that’s just stoopid; I mean with all the other mandatory celebration light shows where would you find the space? We need at least six sets of illuminations to please all the important gods - Argos, Amazon, Apple and all that lot. But the techies seem to have it under control and it does keep them out of mischief.

I call them techies, but they’re more like slaves really, poor dears. They seem ever so human at times – they even speak a form of English. But they’re not like us and their language is far too complicated to convey subtle meaning the way we do with just a few basic grunts. To do their jobs they have to use pieces of metal which they grip in their claw-like fists. I can never remember what they call them but it sort of rhymes with ‘jewels’. Quite skilful really; I mean, if you’ve ever seen monkeys I always think they have a lot in common, especially when you see them climbing. And sometimes, I swear, they really do seem to understand the orders we give them! 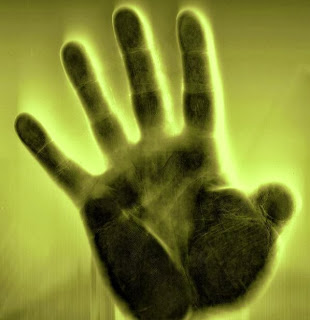 The next stage of evolution

It’s the same with them ones on the telly- the scientists and the weathermen and the ones who talk about how everything works. How boring their lives must be though, having to work all the time, and – I shudder at the thought – having to actually pick things up in the ugly way they do. Really though, as human as they look, they are no better than simple animals, falling short of the highest pinnacle of human development. For all that money spent on their education they will never be as advanced as me. Thank goodness nobody in my family was ever born with opposable thumbs.