Ah, the Autumn Statement; that recently minted mini-budget bodge and an opportunity to electioneer for all the Chancellor is worth. A bit of a tinker with this tax a bit of a smidge off that, a tap of the magic wand and - poof! – all’s wonderful again. A few hundred people better off by a bob or two, a few hundred worse off by a handful of shekels and the economy cured by a sleight of hand most amateur of conjurers would immediately recognise. “Where’s the tax cut?” shouts the audience plant. “It’s up his sleeve!” replies the audience and then they all gasp in unison as he produces a bunch of flowers from up his arse.

It’s an undignified spectacle during which one man tries to make the numbers tell one story and a few well-rehearsed adversaries try to convince us it’s all a pack of lies. At the end of the performance we all turn back to our mundane lives, turn out our empty pockets and realise that money truly does talk; in our case it says "goodbye". Nothing has changed at all. Ed Balls, Chuka Umunna, Danny Alexander and Uncle Tom Cobley and all were cued up across the news channels, eager to claim credit, disparage, chide or challenge and yet not one of them had anything genuinely useful to say.

Labour’s only real response to the statement, along with all their legions of creepy activists, was to take to social media to decry the failure of the coalition to balance the books and then foolishly to suggest that Labour could do better. Even most Labour supporters know that their blighted stewardship of the economy - even during a boom - was ideologically feckless, wasteful and downright incompetent. And come on, even if you honestly believed Ed Balls had it in him to reject all that he supported in government you still have to face the reality that if you vote for Balls there’s the horrible possibility you’ll get Miliband. As Prime Minister. Think about that for a moment.

Has that moment of madness passed? Good. To even suggest for one minute that any sane country could hand back the reins to a party that pioneered policy finagled by carefully selected focus group and that embarked on the biggest, most disastrous social engineering experiment this nation has ever seen is infantilist delusion beyond risibility. Don’t even dare. The mere fact that the opposition has suddenly shifted focus back from the NHS to the economy and their beloved ‘cost of living crisis’ line is surely evidence that they have absolutely nothing positive to offer. 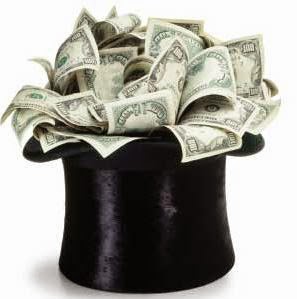 So jump up and down and wave your banners, whoever you support, whoever you believe. Then when the euphoria subsides, when the two-minute hate/joy/delirium passes, trudge back out into the cold, wet dark winter streets and have a good look around. Budgets are for selling newspapers and keeping commentators in work; they are not for the likes of us. No government is going to solve your life for you, least of all any government that fervently believes it can. If you haven’t decided which way to vote – for make no mistake the election starts here – vote for the party which promises to do as little as possible to interfere with your existence. That’s your job and yours alone.
Posted by Batsby at 05:09