Well, I was going to scribble some notes about the IMF/EU plan to tax us to death and beyond; have a read about it here and consider the distinct possibility that if this proposal has been released into the public domain it’s likely it is already on the ‘good to go’ pile. If you haven’t already hidden whatever assets you possess, then I’d say you owe it to yourself to take steps now; you probably won’t get another chance.

I wondered for a moment if it might also work in reverse and somehow my overdraft may be mysteriously reduced by the gentle hand of government but while I was musing on this theme I was handed an unmissable gift. Dropping into my Twitter feed this morning was a Huff Post article of such hippy-dippy, happy-clappy fantasy I couldn’t resist: 15 Damaging Myths About Life We Should All Stop Believing.

Talk about delusion! But of course this is simply another way to exploit vulnerable people and extract money from them. The author Elyse Gorman describes herself as a 'freelance writer and happiness teacher’ and writes about ‘happiness, soul and creating a beautiful life’. She also runs what she calls a ‘Beautiful Life Bootcamp ecourse’. Maybe it’s only cynical old me but do I smell the distinctly suspicious whiff of mental illness here?

Fragile souls advising other fragile souls to do anything other than get a grip, grow a set and get back to work are doing nobody any favours. How long before somebody like this gets into government (have you SEEN the origins of many in the Labour Party?) and we start to see such nebulous concepts as happiness legislation foisted upon us? I can think of fewer things more likely to start a riot than some fucking floral-uniformed Peace Police ordering people to be lovely to each other.

The normal constant state of human consciousness is, at best, an ever-present concern that we are doing well enough to get by, that we are raising decent enough kids to survive the shit that life will throw at them, that we have a reasonable comfortable demise and a painless end. We have moments of great joy and pride and that is wonderful, but it is also the exception; to try and pretend that we should feel like that all the time is little more than pushing the drug of inner ecstasy. We can’t afford that drug and we would be the worse off if we could. Seeking happiness is fine, but who’s going to pay for it? 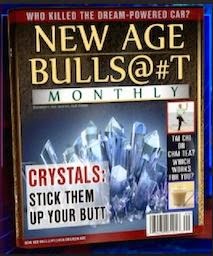 As much as Elyse Gorman might desperately need to believe her bullshit, those fifteen realities about living among other human beings are myths, the majority of them are in fact the basis of successful social cohesion and genuine happiness. Life is a struggle and suggesting otherwise is a recipe for disaster. The irony is that those who are strong enough to get on and make a decent go of it will laugh off her ridiculous notions; it’s the weak and helpless, like Elyse herself I’m guessing, who will be taken in and weakened still further. Save yourselves folks – stay grumpy and stash your assets!
Posted by Batsby at 10:23