Long haul flights are the bane of working life for many a professional. Sometimes, you like to imagine, you may get a bit of work done on the plane, or catch a few hours of much-needed sleep, but the days of automatic Club Class travel for business users are long gone. It’s all you can usually do to compartmentalise yourself and drown out the existence of all the mouth-breathers greedily sharing your oxygen. So Geoff, the cranky old civil engineer, was less than ecstatic to find that he was crammed into the window seat next to a talkative and eager young scientist.

There were no other free seats available, so even after take-off and the ‘Fasten Seat Belts’ sign blinked out there was no escape other than to roam the aisles. And after a couple of hours even that refuge was denied him as the flight encountered a region of turbulence and all passengers were asked to return to their designated seats. The younger man liked to chat and seemed to believe it was an activity best shared. Geoff just wanted to nap, but even his best hints – even saying out loud “I just want to sleep” - went unheeded.

So, pleasantries were exchanged. When asked, Geoff told the young ‘un he was ‘an engineer’. Reciprocating, the other said his name was Paul and he was a Palaeontologist. Not a palaeogeologist, he was at pains to point out, but the real deal. Oh yes, a dinosaur hunter in the flesh and with a growing list of peer-reviewed papers to his credit, especially in the fields of paleobotany, palynology and paleoanthropology. As the alliterative litany continued Geoff just thought he was taking the p and tried to switch off, tuning instead to the drone of the engines. It proved futile; the hind legs of a donkey were peanuts to this lad, who could bore the balls off a buffalo*.

Eventually, sensing from his captive a distinct lack of enthusiasm for his achievements, Paul suggested they play a fun game that he had played while he was doing his PhD under the supervision of the much admired and ground-breaking Professor Gerhard Strom, a contemporary of the great Jacob Bronowski and a legend in paleoanthropological circles. Anything, thought Geoff, to lighten the mood. Paul explained: "I ask you a question, and if you don't know the answer, you pay me £5. Then you ask me a question, and if I don't know the answer, I'll pay you £5." Geoff just looked at Paul and rolled his eyes.

Paul, with rare empathy sensed he was losing Geoff’s attention and quickly changed the rules. "OK, if you don't know the answer you pay me £5, and if I don't know the answer, I'll pay you £50!" This catches Geoff’s attention, and he sees no end to the torment unless he plays, so he agrees to the game. Paul asks the first question. "What's the distance from the Earth to the moon?" Geoff doesn't say a word, but after a few minutes of silence he says, "I'm afraid I don't know." Then he opens his wallet, pulls out a fiver and hands it to Paul. Now it’s his turn.

“What goes up a hill on three legs” asks Geoff “but comes down on four?" Paul’s brow furrows as he concentrates, running through a gamut of facial contortions as he tries to dredge his memory. Eventually he takes out his laptop and searches all of his references. He taps into the airphone and Googles. Still no joy. Even the British Library, the Library of Congress and the databases of all the scientific communities yield no answers. Frustrated, he e-mails his academic colleagues, all to no avail. He finally concedes defeat and turns to Geoff who has been fast asleep for several hours. 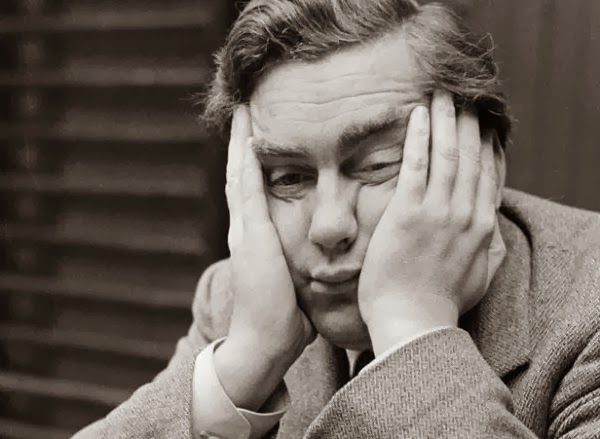 Waking Geoff, he counts out ten fivers. Geoff takes them and begins to turn away to resume his snooze. “But wait” says Paul, “what’s the answer?” Geoff smiles, turns back to Paul and hands back one of the fivers. As he settles back to sleep he says "I'm afraid I don't know."

(*Courtesy of the much-missed Jake Thackray – treat yourself and have a listen.)
Posted by Batsby at 06:29