All quiet on the Western Front?

All the chatter over the last week has been about what everybody is finally agreed is a migration crisis. Forget your squabbling over terminology, by any account we have swarms, floods, deluges and hordes of overwhelming and unprecedented numbers. Unprecedented? Yes because in the past we had sovereign countries, with borders whereas now all we have is a loose connection of weakly allied states in a fledgling country called ‘Europe’. We islanders may be the final frontier in a few short years although, as far as many of us can see, our battlements are already breached.

They are already here, so the first part of the project to utterly alter white Europe’s culture and character is firmly under way. Now they have to persuade us that it is a good thing. To this end, Germany under Führer Frau Merkel is busily explaining what a good thing the sudden acquisition of a million alien young men of military age and stone age mentality is. Nobody any more believes the trope that mature economies need immigration to maintain them. Quite apart from being a form of Ponzi scheme it doesn’t even make sense to those in receipt of welfare, reliant on the state; even they can see that somebody paying virtually zero tax on minimum wage is simply not part of the solution.

But, on the other hand in these turbulent times, all European nations are now aware of the need to beef up their national defences. And some of these fit young men have already had military training, of a sort. The solution is obvious to a Teutonic mind; conscript them into a resurgent German army and equip them all with the very latest weapons. What could possibly go wrong?

Talking of Germany and armies reminds me of the stories they used to tell about the First World War, in the trenches of the Western Front. Although the fighting was frequently fierce and men going over the top were mown down by rapid fire, there were times of uneasy quiet and in the still of the night the snipers used cunning to draw out their targets. The classic technique was said to be simple and rely on the ostentatious and formal discipline of the German troops...

1915: The moon broke through a gap in the clouds, casting a pale blue light over Flanders' Field. In the half-dark the British sniper called out, “Hans! Hans! Are you there?” Three German heads popped up above three trench lips and almost in unison replied “Jah, here I am!” Three single bullets spat from the muzzles of the Enfield No.1 mk3 sniper rifles and three German soldiers breathed their last. The clouds closed, the darkness rushed in and once again silence reigned.

An hour later and another break in the clouds. The vague hillocks and spikes fell into sharper focus as a pale moonlight cast weak shadows. From the Allied trenches a voice called out “Fritz! Fritz! Where are you?” Once again several German troops popped up to attention and declared their presence. Once again the Enfields delivered their deadly message. The Hun was taking a heavy toll this night. As the dark closed in again, Herman decided to act. 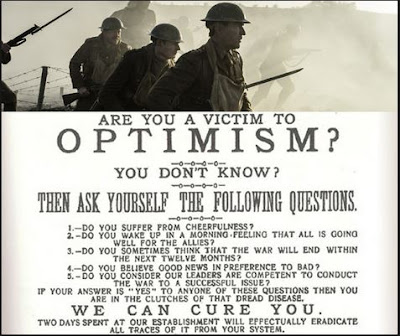 Pack up your troubles...

The early streaks of dawn appeared in the eastern sky and Herman readied his snipers; he crept to the top of his trench bank. The Mauser Gewehr 98s were a far superior weapon and he intended to level the tally. Cupping his hands round his mouth he shouted out. “Tommy! Tommy! Are you there?” Silence. German guns were brought to aim, but nothing happened. Once again Herman shouted out, “Tommy, Tommy, where are you?” After a few seconds a voice rang out from the British lines, “Herman, is that you?” Herman sprang to attention. “Jah!” he cried.
Posted by Batsby at 04:50