While politicians imagine they are playing chess and planning many moves ahead, only to be thwarted in turns by equally clever players doing likewise the rest of us get on with life as it is usually lived. We react serially and occasionally in parallel with events as they arrive at our door. Problems, hardships, opportunities, threats... win or lose, we meet with triumph and disaster and treat those two imposters just the same. Here at ground zero, planet reality, we know that life ain’t fair and not everything goes always to plan. Chess it is not; chaos, more like.

The Domino Theory, the Butterfly Effect, the Law of Unintended Consequences. If Newton were today formulating his laws in relation to human interaction he might observe that every action has an unequal and not entirely proportionate, not necessarily opposite reaction. Press this button and what happens? Nothing to see here, but a butterfly in the Amazon has just been squashed by a falling tree... that nobody heard. The tumbling dice of everyday life on earth knows no easy solutions except the aggregated effects of the millions of one-to-one interactions that make up real human economics... ‘humanomics’.

When you analyse all those possibilities though, it turns out there aren’t a gazillion different responses to stimuli but in fact just a few: fear, revulsion, love, curiosity and some in-between shades we give clever names to but which are just shadows of the eat/fight/fuck programming of our primitive brains. Tip the first domino and watch them all fall in a horrible, slow-motion inevitability, one after the other. Cause and effect, time after time. Instead of planning theoretical chess moves those oh-so-important leaders might want to stand and observe how the chips actually fall.

A million people are in motion. Like water they flow where you let them. If you open your borders wide it should come as no surprise that they flood in. If you suddenly slammed the door shut, Mrs Merkel, did you think the flow would be turned off like a tap? Put a rock in the stream and the bifurcated migrant-Mississippi will find other routes; if the gaps through which those torrents flow are too narrow the pressure will build and down will come somebody else’s flood defences. Hungary, Croatia, Serbia... one after one they falter and tumble. 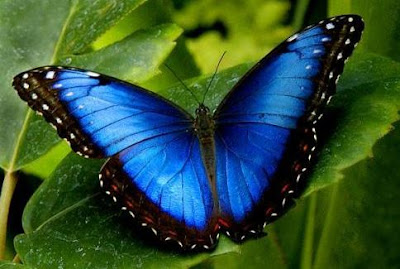 All very pretty till it flaps its wings

Was this the best that the EU could come up with? Over the forty-odd years we’ve been paying in (and increasingly so in the last decade) the EU has shown itself incapable of dealing with even the simplest attempts at harmonisation. Imagining it can exist as a central planning regime after the Soviet model, a bunch of detached, unelected, comfortably made men and women make their unhinged decisions, imagining the stupid humans beneath them will quietly acquiesce. But although true academic chaos theory involves quantum mechanics, predicting that if you push people they will push back is hardly rocket science.
Posted by Batsby at 01:58