Yesterday’s atrocities, by which I mean the manner in which the Brussels mass-murder-by-muslim was variously discussed, dismissed, excused and used as a means of exerting more politics on beleaguered populations, were entirely predictable. Obviously, the religion of a thousand scattered, tiny, bloody, dead pieces could not possibly be to blame and what of the poor innocent muslims who will be tarred with this particularly black brush as a result? Well, sod them. Sod the lot of them. Not in your name? Well, do something about it.

Alistair Campbell tweeted early on that had twitter been around in the 1930s people would now be hashtagging #stopjews instead of #stopislam. Stopping the Jews from doing what, Alistair? Blowing people up? Beheading them? Setting them on fire? Throwing them off buildings? Raping them? What, in your opinion, did the pre-war Jewish community do that you believe in any way compares to what muslims are now doing every day throughout much of the world? I don’t recall seeing any Jews zealously reciting the Hebrew version of ‘allah’s snackbar’ while drawing a rusty blade across the throat of an orange-clad journalist on YouTube. But, hey, correct me if I’m wrong.

Because if you are trying to say it’s not muslims committing the atrocities, Alistair, what exactly is it you are trying to say? Of course, you weren’t alone in your idiocy; there are always plenty of apologists around to blame it all on white men. Many Twits managed to delude themselves that pictures with words – fancifully now referred to as memes, regardless of the fact that few actually know what a meme is - were the same as facts and a particularly confected example of the genre popped up to claim that of all the terrorist attacks conducted on European soil only a vanishingly small proportion were committed by allah-wallahs.

Let me quote from tweets sent to me:
“Most terrorists are disaffected white Europeans.” And “They are mostly separatists and white supremacists actually. The EDL and IRA types...” These ‘facts’ said to be direct from “Europol, who record the crimes.”

Hmmm, remember how propaganda works? Keep repeating a lie often enough and it ceases to matter whether or not it is true because few enough people will challenge it for that lack of opposition to be taken as proof. Of course, there are damned lies and statistics. What’s the betting that sending somebody a death threat over social media is incorporated into those statistics – there is, I’m sure, a moral equivalence table. For example: One “I’ll fucking hunt you down and kill you” on Facebook, probably scores the same as 34 actually dead in an airport bombing. Maybe suicide bombings count as negative scores because, you know, #muslimlivesmatter? And violating somebody by challenging their bullshit must be worth at least a mass beheading or two. 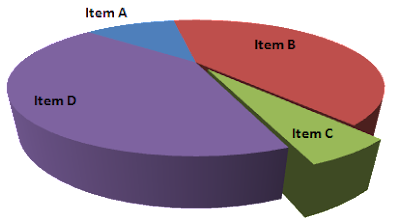 Come on, who are you trying to kid? The same agencies whose data you suggest tells us that islamist terror attacks are in the minority are also now telling us to brace ourselves for more deadly islamist attacks of increasing severity and audacity. It’s no longer a case of who you believe, but which of their out-of-context utterances you choose to support your absurd imaginings. The new religion of multiculturalism is murderous. Diversity has brought disaster. It’s long past time for drawing up battle lines and you can’t be on both sides. Are you with us or with islam?
Posted by Batsby at 06:53