When Hyacinth Bucket answers the phone she pronounces her name ‘Bouquet’ and assumes the cut glass accent of a high-born lady of the manor. When Hugh Laurie accepted an award some years ago for playing the title role in the US television show House, audiences gasped to discover that he wasn’t actually American. It’s called acting and when kids adopt airs and graces above their upbringing it is often called acting up, even when its intention is not so much to deceive as to impress.

We’ve all done it at some time; carefully enunciated when meeting the prospective in-laws, reverted back to our childhood accent when visiting the olds, adopting new speech patterns when living abroad. It’s a pretty normal thing to switch accents, manners and mannerisms when you routinely mix and move in different circles. I have mingled with royalty, the wealthy, lords, ladies and gentlemen in my time, as well as rough-as-arseholes riggers and builders. I automatically adjust my communication to match the circumstances.  I just didn’t have a name for it until now.

The BAME community does though; they call it code switching and you have seen and heard them do it. Omid Djalili used to open his stand-up set with 20 minutes of Iranian patois before switching to his native Chelsea twang. A colleague where I work is a Sikh but wears no regalia and is often approached by the ummah to help out a muslim brother; he can become ‘Citizen Khan’ in a heartbeat, but just as quickly he is a typical West London geeza.

But calling it ‘code switching’, as with all things grievance related, turns a commonplace phenomenon into something more sinister. This is what happens when you study something long enough and deeply enough. In the search for something to be offended about, once you give something a name you can exploit it as a harm. The BBC is currently airing a programme about the practice, portraying it as a necessary evil that certain communities have to confront.

But flip the coin and ask yourselves, you ethnic warriors, how much offence you cause the indigenous white British when even after three generations you speak English in openly foreign accents. What does it say about you when you both play up your difference and complain about how you are perceived? Don’t pretend you are put upon and must ‘play the white man’; if you don’t like it here, feel free to seek new pastures.

But if you really do want to fit in, just speak like everybody else does. If you are ashamed of being black then get some elocution lessons, take up received pronunciation and crack on. If you are proud of being black then stick with your Jafaican and leave the rest of us to make assumptions about how you earn your living. It really is up to you, but moaning about code switching will earn you no friends. 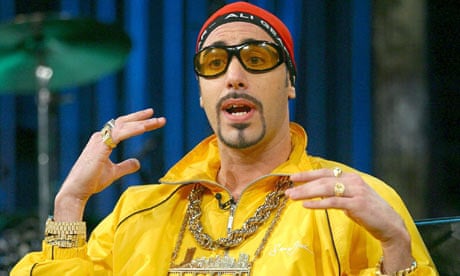 Iz it coz I iz blak?

Better yet, why not make the best of both worlds? Visiting my brother in Wakefield some years ago we went to his local Chinese takeaway. On the other side of the counter a young Hong Konger was mangling his words as he took an order. In his best Benny Hill Canton-English he dutifully mispronounced his Ls and Rs “You wan’ fly-lice?” On completing the order he put the phone down and said, in perfect Yorkshire. “Now then lads, what’ll thee ‘ave?” Code switching? Get over yourselves.