Look into my eyes

Look into my eyes, says the hypnotist. Breathe deeply and slowly…. Your eyelids are feeling heavy; don’t fight it. Let yourself relax as you sink into a deep sleep. When you wake up you will believe you are a chicken. No, wait, that’s old hat; let me think. Yes, listen to my voice as I take you on a journey… when you wake up you will believe… almost anything I tell you. The soporific tones continue until, “One, two, three, you’re awake!”

Is this what they mean when they say, ‘wake up’? When they instruct you to read some history, or educate yourself, or send you a string of links before blocking you and thus ‘winning’ the argument? Following the instructions has led them to some dark places where uncertainty meets suspicion and suspicion meets the unassailable truth of consensus. If everybody I interact with believes a thing then, ergo, that thing must be true.

So, if you wish, Margaret Thatcher said ‘there is no such thing as society’ and Michael Gove said ‘we’ve had enough of experts’. The Prime minister is a racist who wrote of picaninnies and watermelon smiles and David Icke is a new saviour, walking among us to spread the truth and light the way. If you carefully select your soundbites and studiously avoid the stark and complete truth then you will eventually follow your hypnotist’s words.

Except there is no hypnotist – that would be a conspiracy theory of chucklesome proportions – there is only you and the people you listen to… and possibly the voices in your head. When you join the dots it is best to use a blunt instrument; the thicker the marker pen, the easier it is to make connections between unrelated facts. And how do you know they are facts anyway? I do see the irony of my warning, but blog posts are hardly peer-reviewed evidence, are they?

But in recent years even the peer review process has been brought into disrepute as ‘cancel culture’ has injected partisan biases and sought to discredit perfectly reasonable theses while legitimising favoured narratives. If you are suffering due to the restrictions during the Covid panic, naturally you want somebody to blame; and if you are already predisposed to see the dark fingers of globalists in every pie, you will lap up the latest loony conjecture as cast-iron proof.

“It’s all about control. It is coordinated by the World Economic Forum. It is ‘the great reset’. The tests are deliberately engineered to show positives where no virus exists. George Soros and Bill Gates are paying to indoctrinate and vaccinate your children. They are creating a world of compliant slaves, chipped and branded… and owned. Wake up, man! See the plot in everything you observe. BLM, Antifa, Hate-no-Hope, XR, the anti-maskers… this is the people’s resistance!”

Good grief, get a grip. Do you even hear yourselves? William of Ockham must be turning in his grave. The principle holds true that given two explanations of events, the one which requires the smallest number of assumptions, the smallest number of dots to join, is by far the most likely to be correct. A machine composed of the greatest number of moving parts is far more likely to break down than an altogether simpler mechanism. It’s the same with theories. 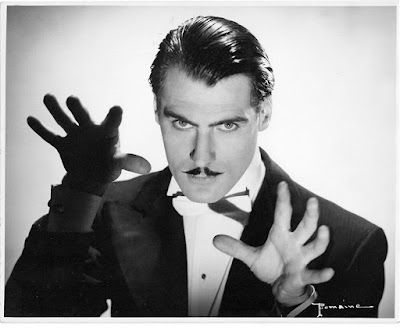 You will fall into a deep sleep - Oh, the irony!

Email ThisBlogThis!Share to TwitterShare to FacebookShare to Pinterest
Labels: conspiracy or coincidence?