Remember, when you were a kid, if you repeated a word often enough it just became a noise; a meaningless sound that you could make but no longer conveyed any meaning? The same thing happens with meaningless hyperbolic usage which decrees that all news events are billed as tumultuous, and leaders are furious, or stunned. A resignation from cabinet leaves a government in shock, in crisis, and the PM responds in fury. If it was your kids using this sort of language you would laugh, but it’s not the kids, is it?

When Margaret Thatcher dragged the axis of British politics back towards the centre, towards what most people really think, the left screeched in fury [see what I did there?] and called her Hitler, when it was actually ex-Labour voters who put her into Downing Street. Disillusioned by the unions’ failure to get Britain working, with their muscle flexing strike action and combative language, they turned to somebody who spoke directly to them.

Be aspirational, own your own home, inspire your kids to do better, strive to be independent of state aid, earn and save and have a happy retirement and be able to look back and recognise what you had achieved for yourself. Nobody should be able to order you to strike, or insist you vote for a particular party. Britain had, for centuries, been a truly free country and nobody was called right wing merely for wanting to get ahead.

But since then we have drifted ever leftward and accepted, almost without any resistance, curbs on our freedoms, principally our freedom to say what we think and accept the consequences. There is a fatal flaw in being centrist and that is a reluctance to see ourselves as victims, and as a result we have no appetite for mass demonstrations, or to push our perfectly reasonable beliefs onto others. But on the left, the appetite for revolution grows stronger even as time continues to reveals evidence whatsoever for socialist success.

Looking out for number one is a trait of all species, but only one species gives it a name. They call it ‘far-right’ and every news station prefaces every story about any character not of the left or centre as far-right. Thus, non-communist agitators are far-right terrorists, institutions that represent the tax-paying classes are far-right think tanks, and anybody leading a party that advocates free speech is a far-right politician.

This morning it’s the ‘far-right AFD Party’ in Germany, presumably because they include the name of their country in their party moniker. Patriotism is not an attribute recognised by the left; unconstrained by borders, the left just hates anybody who isn’t them. The left in the USA are gleefully anticipating Donald Trump’s Covid death, or else claiming it is a political ruse to avoid debate. Either way, it looks to me like the left behaving exactly as they accuse the right, or centrists, of behaving.

To anybody with a sense of perspective the repeated use of ‘far-right’ has become a meaningless background noise, signalling only that the following debate, news story, discussion, interview comes pre-packaged with bias. Even to be impartial now is deemed to be a form of political activism, by which tortuous route the meticulously even-handed Andrew Neil is now labelled by many on the left as a far-right enemy of reason. 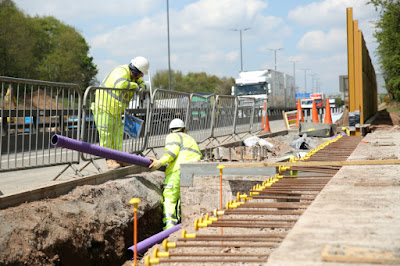 The far right - improving your lives.

So, yeah, call me an extremist for not wanting to pay even more of my hard-earned into a rapacious system which only ever wants me to give more while watching them piss it straight into the economic drain of black-eco-gender matters. See, I’m no monster, but I really don’t give a shit that you are unhappy with your lot in life. Live and let live was our mantra; if you think that is far right then your problems are way bigger than you imagine.