Metaphors are Easy - the Truth is Hard

I’m planning on committing a hate crime. D’oh, what am I saying? I am thinking, therefore I am automatically committing a hate crime. It is only a matter of time before the pre-crime units throughout the land will be equipped with the necessary pre-cogs and intuits to read my mind. D’oh again, my mind is already being read as I type; as you read. You know what I’m going to think even before I think it myself. Bastards! (But you knew that, didn’t you?)

The trouble with facts is that that there are too damned many of them. Bloody facts, coming over here, raping our beliefs, taking advantage of our tolerance. Millions of facts are flooding into Europe; you can’t move for them. Sometimes I wonder if there is any space left for the truth, as the truth gets pushed out of our public lives and facts appear on our screens as if if fact lives are the only lives which matter.

Respected historian, David Starkey, paid a price for dabbling with the politics of facts and Darren Grimes in his turn is being made to suffer. There is no justice for truth these days, but threaten a fact and the Old Bill will turn up in a dawn raid to take your liberty in a heartbeat. The truth of the matter doesn’t, er, matter, when facts turn up en masse, demanding attention in far greater proportion to their numbers.

A very recent study even demonstrated that facts are over-represented in all visual broadcast media. What room is there, these days, for the truth, for all our truths… for our truths’ truths? I fear for the future of the young truths of today; they even want to be fact, as if somehow a raw fact has the same value as the honest truth. Truth is the bedrock of a civil society, whereas facts have a habit of multiplying without reason and imagining they have the same value without putting in the hard miles.

Yesterday, in response to a tweet about yet more rapefugee asylum seekers being represented by what are referred to by government voices as ‘lefty lawyers’ the Dorset Eye (me neither) challenged me to produce evidence to back up my re-assertion that they are, indeed, lefty lawyers. That is the truth of the matter; they are defending left wing ideals in regard to these invaders. But lawyers don’t deal in the truth, do they? They deal in facts. And facts, like statistics, if tortured long enough, will tell you whatever to wish to hear. 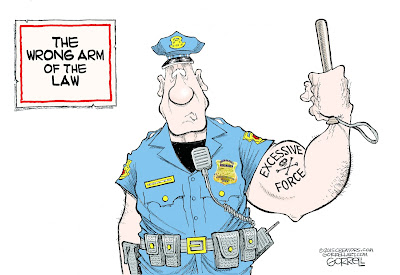 The rule of law is devalued when it deals in facts and ignores the truth. The fact of the matter may be a rash word, issued under duress. Gather enough of these inconvenient facts and the truth of a good life lived in tolerant harmony with others is buried and forgotten. Only the fabricated facts of the ‘hate’ remains. This is important because the truth is being denied on a daily basis. I’m not just defending David Starkey here; I’m speaking out for all of us.

Email ThisBlogThis!Share to TwitterShare to FacebookShare to Pinterest
Labels: The rule of law