We’ve all, at some time or other tried to coerce people into doing something they didn’t want to do by disguising it as something else. “Here comes the choo-choo!” and “a starving child in Africa would be grateful for that… “ Many manipulative people regularly try to sell you an idea by trying to make you think it was yours. And the perennial marketing maxim is: Sell the sizzle, not the sausage. Nudge.

‘Special’ offers are advertised for limited periods only, the notion that if you buy in bulk everything is cheaper, even though you really just end up with more than you wanted of stuff you didn’t need. Shelves and packaging are carefully arranged and designed so that premium priced products look good and are easy to find, while the bargain basement product clearly advertises its poverty appeal. Nudge.

Of course, a discerning consumer would never be led astray by such devices; once you know the trick the magic becomes mundane. One would think. And yet still we fall for the same old ploys, even when we know the bargain is a con, the opportunity is only an opportunity for the producer and no matter how many lottery tickets we buy, the chances are slim-to-nothing of a big win. But, hey, those lucky dips, amirite?

The art of nudging, in a wide population sense is all around us. Get the kids to lecture the parents on climate change, baffle them with pseudoscience and saturate the airwaves with lefty commentator after lefty commentator to sell the idea that right wing terrorism which has claimed practically zero lives (even then, only by labelling oddball loners as members of some shadowy group to which they’ve never belonged) is far more dangerous than islamic terrorism which daily accounts for untold misery and death worldwide.

Embed guilt and shame over slavery, of which none of us have ever been guilty, in order to engender superior treatment for people of whom none have ever been slaves. Critical race theory, black lives matter, social justice, climate crisis, the ever imperilled NHS… they are all nudges to coerce people into doing things they may not otherwise contemplate. They are all quite open and obvious tactics.

But the government now stands accused of stealth nudging and as always somebody - in this case author Laura Dodsworth - needs somebody else to blame. Her open letter to the Public Administration and Constitutional Affairs Committee will strike a chord with those already predisposed to assume that the government is always up to no good. She refers to the Behavioural Insights Team as if they were Dr Evil’s devilish psyops henchmen, whose every waking moment is hell bent on harm.

But I see a couple of flaws in her argument. For one, as a great many people have been saying for two years now, governments have been engaged in a very obvious Project Fear, about as far from stealth as you could imagine. For another, wouldn’t it be very odd indeed if governments didn’t seek to influence behaviour by coercive rather than compulsive means? The great tyranny that some are intent on seeing wouldn’t bother with subtle appeals to reason, it would surely just plough ahead and compel. 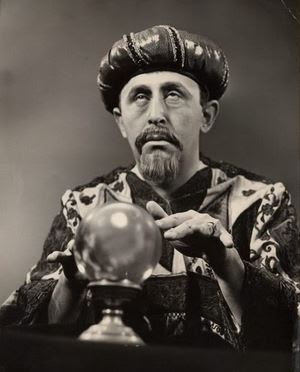 You will begin to feel sleepy...

And, of course, such tactics are hardly new, or necessarily sinister. Walls have ears. Dig for Victory. Coughs and sneezes spread diseases. All campaigns from the past to persuade, coerce, cajole us into behaviours which benefit us all. And pretty much every movie, TV drama and soap opera these days is riddled with right-on messaging; it can’t be intended to produce no effect at all. Laura has a book to sell you. This doesn’t mean that she is necessarily wrong in her basic premise, but it is hardly an earth-shattering revelation and I, for one, believe her conclusions are overblown.