In 1964, when Marshall McLuhan declared “The medium is the message” he could have been talking directly about Britain right now. He was suggesting that the primary focus of concern may not be the message itself, but the way the media portray it. How very prescient of the world we find ourselves in today, where the buck stops at the top for one side, but is diverted to some sub-department for the other.

A picture of the PM holding a can of beer has the entire media circus in a froth while remaining strangely silent about ‘Lord’ Ahmed of Rotherham being jailed, actually jailed, for child sex offences. How can it be that somebody who once sat in the House of Lords being convicted for what is largely considered to be one the very worst of crimes gets less airplay than a man with a can? The medium is the message, folks.

Everybody – you, me, even the people who study this sort of thing – is affected by confirmation bias; a propensity to believe in evidence for what we already believe. And none of us – neither you, nor me, nor the people who study this sort of thing – are immune to its tentacles. We will believe five outrageous lies about our enemies before we accept a single and obvious unpalatable truth about our friends. But journalism is supposed, at least, to attempt to portray all sides and let the consumer decide.

But that isn’t what is happening. Your dad may have forgotten your birthday. He may have spent your pocket money on the horses. He may have got drunk the night before your big day. But he’s still your dad and for all his faults he always will be. (although I accept this analogy falls flat for the many households in which not a single child knows his father, but they are not so likely to ever read this). The instinct to protect somebody with whom you connect is strong, no matter what other people tell you.

I have never been naïve enough to expect the rule makers to follow the rules. I have always accepted that with power comes privilege, and this is exercised throughout all of human society. Everybody who voted Boris for ‘president’ was well aware of who they were voting for. The so-called Red Wall didn’t vote for the Conservative Party, they voted for Boris. So without him at the helm the Tories are toast, come the next election.

The press pack knows this, and no matter what stories they tell themselves about their true motivation, their real desire is to see the Labour Party back on the throne. And not the Corbynite, red-through Labour Party, but the Blairites and their associated movements which were so instrumental in deliberately and systematically breaking down what was left of community and shared values in this country.

The country is tired of CakeGate, it really is. And while the media continues to listen to the commentariat minority who keep feeding their feeble little flame, the furnace of popular opinion is being fanned by far greater bellows. The bellows of people about to lose their livelihoods, to suffer freezing homes and to be dispossessed of their own homeland. 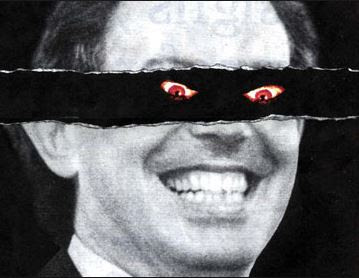 Look into my eyes...

So, switch off when the BBC start their news programmes with scurrilous stories about ‘parties’ at No. 10. Click elsewhere when a link invites you to a news page filled with bile and outrage about something that matters not one jot. Cancel your subscriptions, and stop buying the bloody printed copies. To the journalists there is only one thing worse than complaining about the press; it’s not reading the press.