Green Around The Gills

Saint Greta of Thunberg has been in the news again and she is still happily berating the grown-ups for all the evils of the world. It was a quiet morning at work, so I walked the half-mile to the Co-op Local shop and thought about what I had done. I was appalled at the sheer amount of litter at the roadside. Packaging, takeaway wrappers, indeed quite a lot of once-edible food, and plastic bottles as far as the eye could see.

Quite apart from the obvious eyesore, this speaks to a separation of self from society as people discard things with no consideration for those who will see it, those who will, eventually, pick it up and the very planet everybody now pretends to care so very much for.

We throw away perfectly usable stuff and we carelessly hoard things of little value to us. For example, there is more gold in a tonne of mobile phones than in a tonne of gold-bearing rock, and it is easier to extract, but we cling onto our old phones as the value of recycling is relatively small to us individually. And then, minerals, metals, finished products and other valuable resources are daily committed to the grave of landfill with impunity. We have grown up spoilt, but the fluffy rug of abundant cheap energy has been brusquely whipped from beneath our feet and we have no idea how to keep our balance.

I think about this sort of thing, a lot. I am concerned at the general level of ignorance and incuriosity about our world. What is energy, where does it come from and why does it cost what it costs? Looking out at vast cities, how is it possible that their denizens are fed and watered and cleaned and kept free from disease? What is this thing made from, and how do we know about gravity, time, electromagnetic radiation, the elements, the stars, the universe? And why does humanity keep on coming back to the fictions of deity?

So, when I mischievously tweeted about how one might find the shiny new electric vehicle they have just purchased has become a financial millstone around one’s neck, I was expecting both agreement and disagreement, and this is how it transpired. On the one side, many Tweeters agreed, retweeted or liked my original thread in all its hyperbolic glory. On the other, a relatively small number (mirroring, I expect the relatively small proportion of RV owners out there) bristled at my ignorance and launched full-on rebuttals of all my assertions.

Par for the course, naturally; you are either right or wrong on social media, and sometimes both at the same time. Schrödinger’s opinion. But, for what it’s worth, here is my stance on all things net-zero related:

·       Does it do less environmental harm than what it replaces?

·       Is it wise to replace now, or should I let my current technology run its course?

And what of the future? How will my new life paradigm evolve over the next year, next 10 years, next 50 years? At the moment there are dozens of apparent solutions to the one big problem. In time there will be fewer mainstream technologies and the rest will be in the hands of the eccentric few who can afford to indulge their passions and invest their time and money in novel ways. But it is a fact that the majority of us will have to toe the line; I just want it to be the right line. And right now I don’t think anybody knows where that line will be drawn. 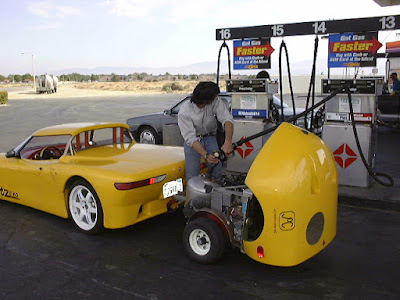 Compromise is the key!

As it stands, going green may well be good, but it is a long way from being cheap and what sways most people is cheap, rather than good. The EV discourse attracted thousands of likes and a good many replies, most of which I tried to address in a placatory tone – I’m not anti-Electric Vehicles, I’m just sceptical about everything – but some respondents showed up with fists clenched. Let’s not make it a fight, eh? But, when it comes to the whole net-zero strategy, let’s all ask the hard questions before we part with our hard-earned.